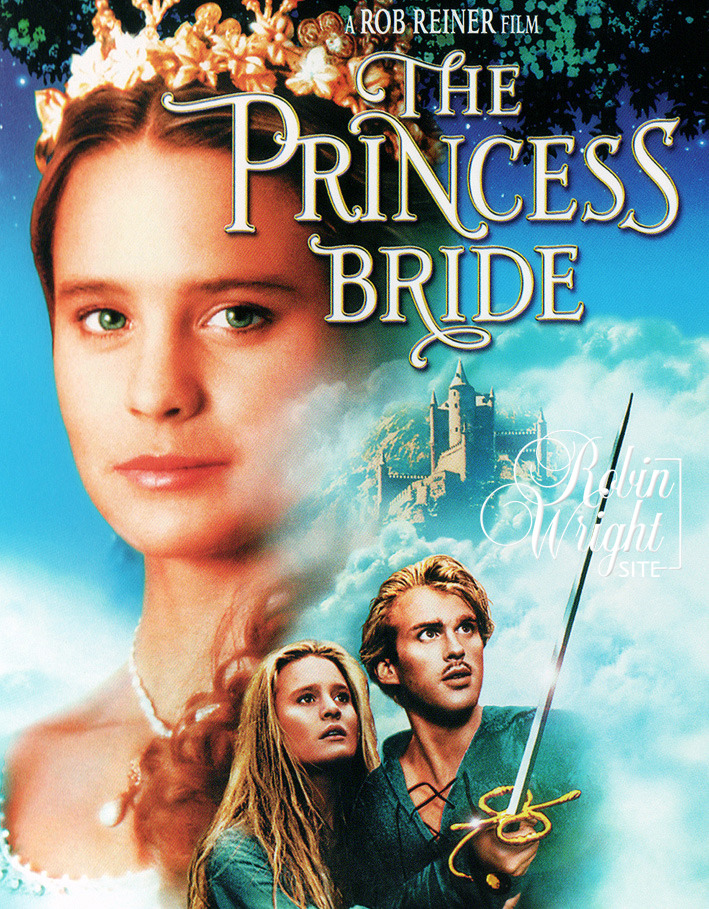 Plot: Buttercup (Robin Wright) is kidnapped and held against her will in order to marry the odious Prince Humperdinck (Chris Sarandon), and Westley (Cary Elwes), her childhood beau, now returned as the Dread Pirate Roberts, attempts to save her. 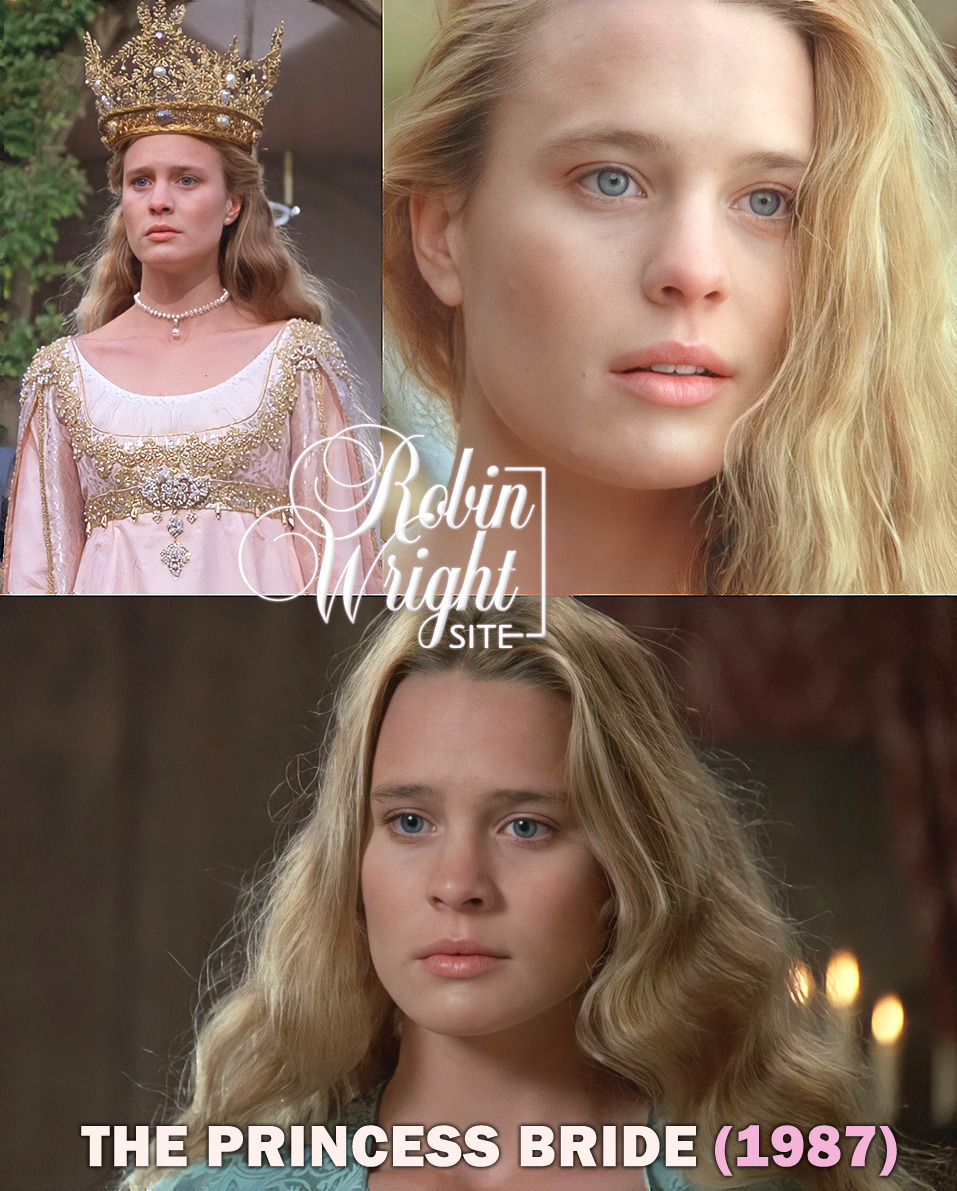 Some people think ‘The Princess Bride’ is the debut of Robin Wright in cinema, but that’s not true because, a year earlier, she made her first feature film called ‘Hollywood Vice Squad’ where she had a supporting role as a runaway teenage girl, who gets caught in the world of pornography and prostitution.

Wright’s billing in ‘The Princess Bride’ is “Introducing Robin Wright”, the same that was used a year before in ‘Hollywood Vice Squad’.

In 1986, director Rob Reiner was looking for someone “beautiful, vulnerable, regal and young” to play Princess Buttercup in his long-planned movie version of ‘The Princess Bride’. He auditioned more than 500 young women. Courteney Cox and Meg Ryan were among them. Uma Thurman also auditioned for Buttercup, but the producers thought she was too exotic looking for the part.

Rob Reiner said that “the moment Robin walked into my office, I knew she was my Buttercup. We need a new Julie Christie. We all had our image of what Buttercup should look like and Robin was perfect.”

Almost 30 years later, in September 2015, Rob Reiner talked about Robin as Buttercup. He said: “I couldn’t find anybody. First of all, Buttercup is described as the most beautiful girl in all the land. I needed a young girl because I had already cast Cary who was 21 at the time. Robin was only 19 or 20. I needed to find a young girl that could do the British accent. She did a perfect British accent because her father is British, so that was in her ear. She was the only one that I could find.”

But, before her audition in 1986, Robin Wright didn’t think she had a chance. “I knew there were 500 other girls dying to play the part. I had heard that Rob wanted someone who looked like Julie Christie in ‘Doctor Zhivago’. I didn’t quite think I fit the bill”. 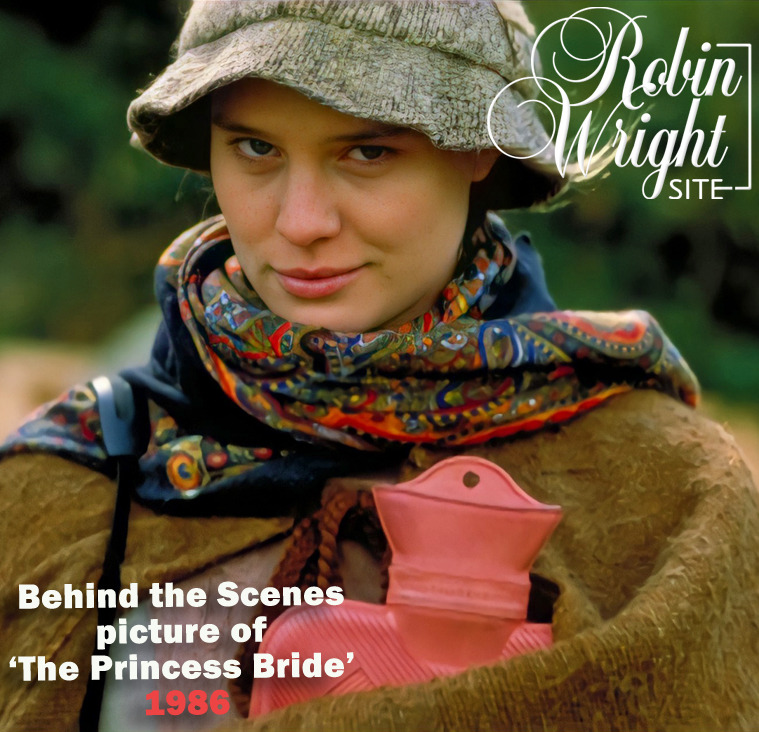 In 1986, Robin Wright was also offered the leading role in ‘Dirty Dancing’ but she had to turn it down because the filming was at the same time that Rob Reiner’s movie.

In fact, ‘The Princess Bride’ required a 4 month shooting schedule on location throughout England and Ireland. And the time of filming the movie, Robin Wright was playing Kelly Capwell, one of the heroines of soap opera ‘Santa Barbara’. In exchange for allowing her time off to film the movie, they required her to extend her contract by almost a year. Robin wanted to leave the soap in July 1987, but then she was chained until June 1988.

“That wasn’t a fair trade,” Robin said, “but it was worth it. My agents and managers decided that I should agree to anything, to work Saturdays, to kiss their butts for the next nine months, whatever it took to get out and do the film.”

Years later, in 1992, Robin also talked about this. She explained: “I had a clause in my two-year TV contract that let me out for four weeks once a year to do films. But no film gets shot in four weeks and I did three movies, so every extra week extended approximately a month or two onto my contract. I could have walked, but I would have had to have paid [in legal fees] three times the amount I made on that show in the whole two years.”

In December 2015, Cary Elwes also addressed this subject: “I consider Robin a very dear friend. Everyone knows what an extraordinary talent she is, so we were lucky to get her on the film. She was doing ‘Santa Barbara’ at the time, and they wouldn’t let her out of the contract so Norman Lear, our producer, and Rob Reiner worked very hard to get them to release her.”

Today we can say, without a doubt, that Buttercup is one of the iconic roles in the career of Robin Wright and ‘The Princess Bride’ is a movie generally loved by all the generations. 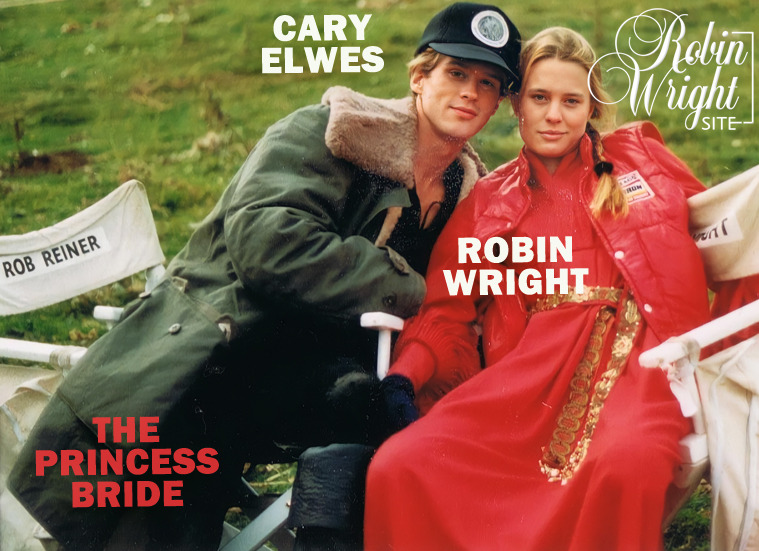 “It was as if I were looking at a young Grace Kelly, she was that beautiful. I couldn’t concentrate on much of anything after that first encounter with Robin. We were just incredibly close friends, and we bonded as such on the film. Everybody… it’s hard not to fall in love with Robin. I think I can speak for anyone who has gotten to know her. She’s an extraordinary lady, so yeah, we all fell in love with her.” (Cary Elwes, August 2014)

2014 09 The Daily Beast Interview
MARLOW STERN: There are quotes from both you and Robin Wright about being “smitten” with one another during filming. Did this ever blossom into a full-on romance? I know Robin recently said of you, “I was convinced we were going to be married.”
CARY ELWES: I didn’t know that at the time! But no, no! Everyone was in love with Robin. We all fell in love with her because she’s just a wonderful, sweet human being. It’s hard not to fall in love with Robin. But we were like a big family and I felt more like her older brother, really. I adore her dearly, and she’s a fabulous woman and an enormous talent.

MS: And according to the book, both you and Robin kept demanding more and more takes of the final kiss.
CE: We couldn’t stop giggling, you know? It’s like kissing your sister! It’s weird. We were laughing and couldn’t believe we were actually doing it. We ruined a lot of takes from giggling, which is why it took six of ’em. But it was a really nice way to end the picture, too, and I also didn’t want the film to end, in a strange way.

-Writer William Goldman was on set during one of the flame burst scenes in the forest when Robin Wright’s dress caught fire. Although Goldman knew this was intentional, he was so caught up in the moment that he shouted, “Her dress is on fire!”, thus ruining the take.

-Popular professional wrestler André the Giant had undergone major back surgery prior to filming and, despite his great size and strength, could not support the weight of Cary Elwes during their fight scene. Also Robin Wright had to be attached to wires in the scene where Buttercup jumps from the castle window into Fezzik’s arms because he couldn’t support her himself.