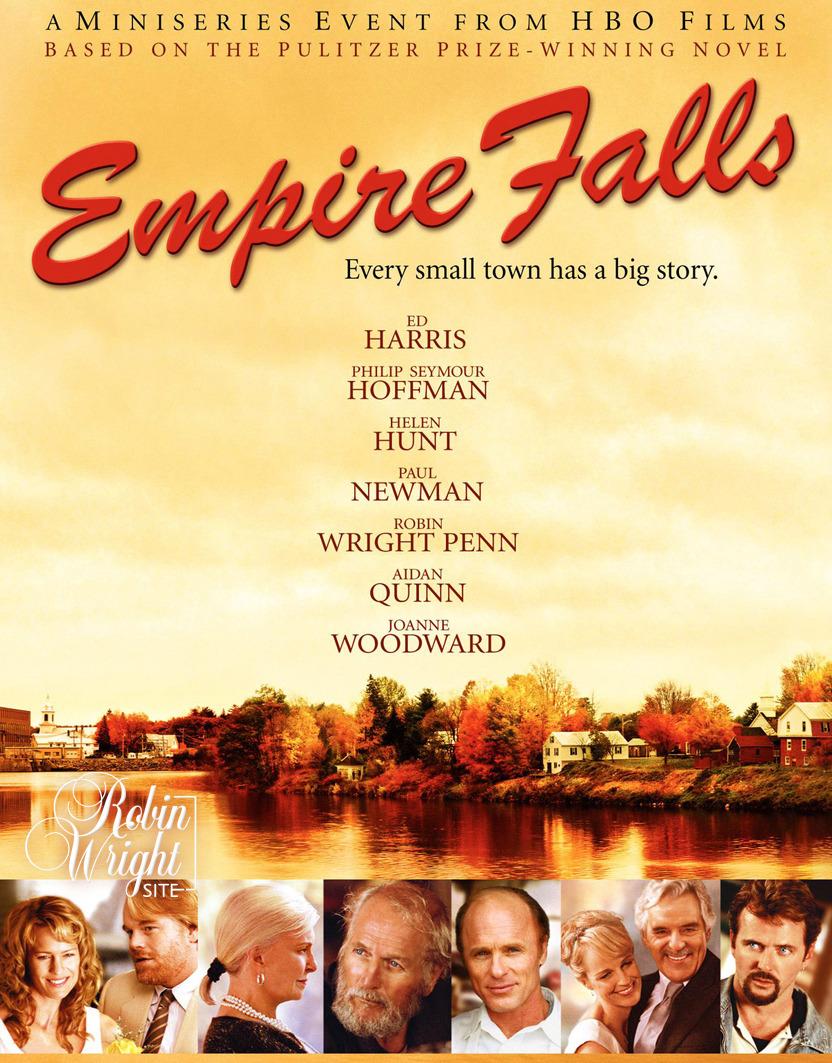 Plot: At the center of the story is Miles Roby (Ed Harris), for whom the promising opportunities of youth have given way to the demands of family obligations, especially those concerning his cantankerous father Max (Paul Newman) and impressionable daughter Tick (Danielle Panabaker).

Unable to escape the town or the dominating shadow of Francine Whiting (Joanne Woodward), who owns the restaurant he runs, Miles copes with a recent divorce from wife Janine (Helen Hunt) while piecing together the shared events that shaped the lives of his mother Grace (Robin Wright) and Francine’s late husband C.B. (Philip Seymour Hoffman). 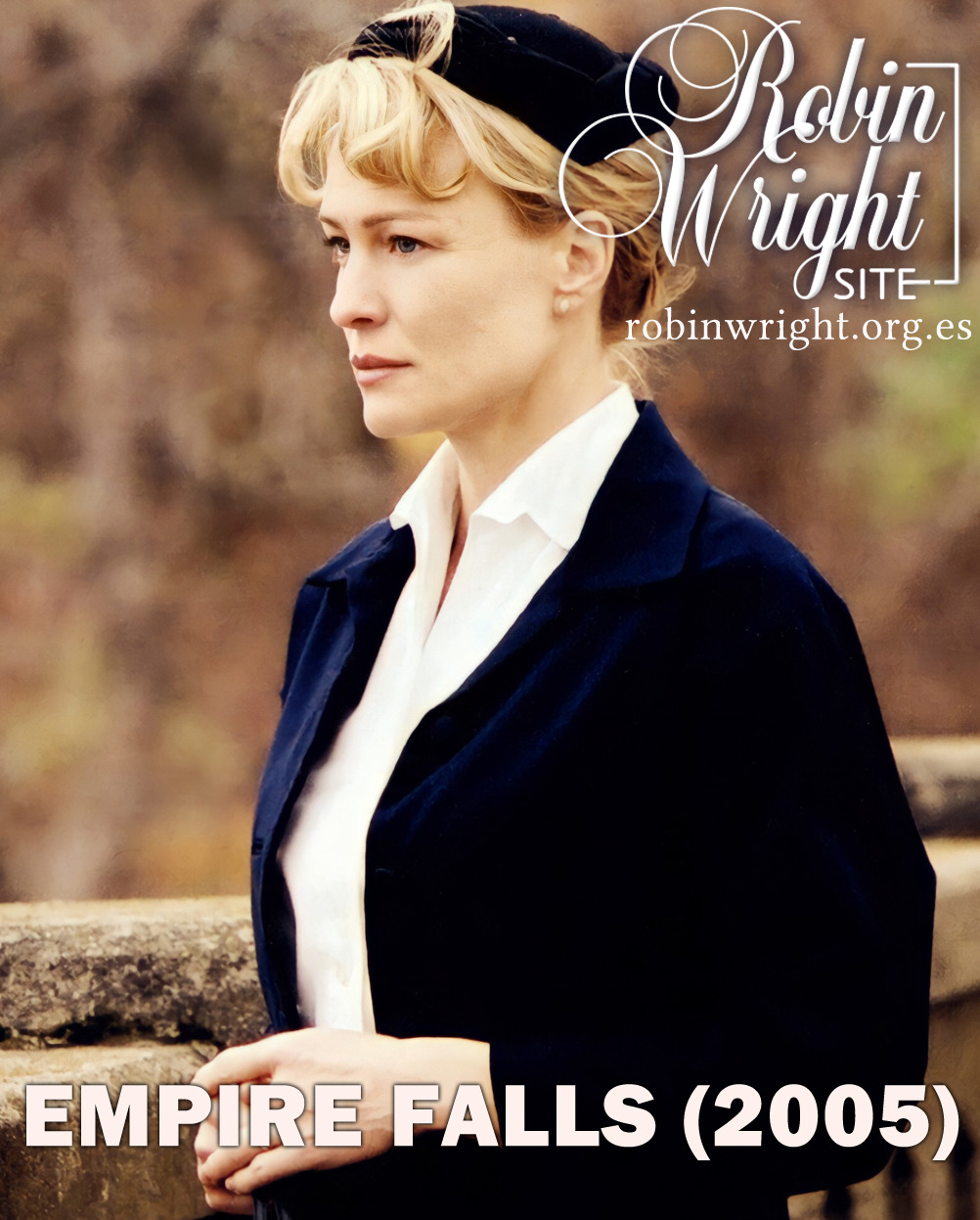 Every small town has a big story

-‘Empire Falls’ is a two-part American television miniseries that aired on HBO in 2005. The miniseries was nominated for and won multiple awards, including various Primetime Emmy Awards and Golden Globe Awards.

–Robin Wright plays Grace Roby, Miles’ late mother. She considers her son the jewel of her eye. Her affair with Charlie plays a crucial role in Miles’ life.

–Robin Wright received a SAG nomination as Outstanding Performance by a Female Actor in a Television Movie or Miniseries.