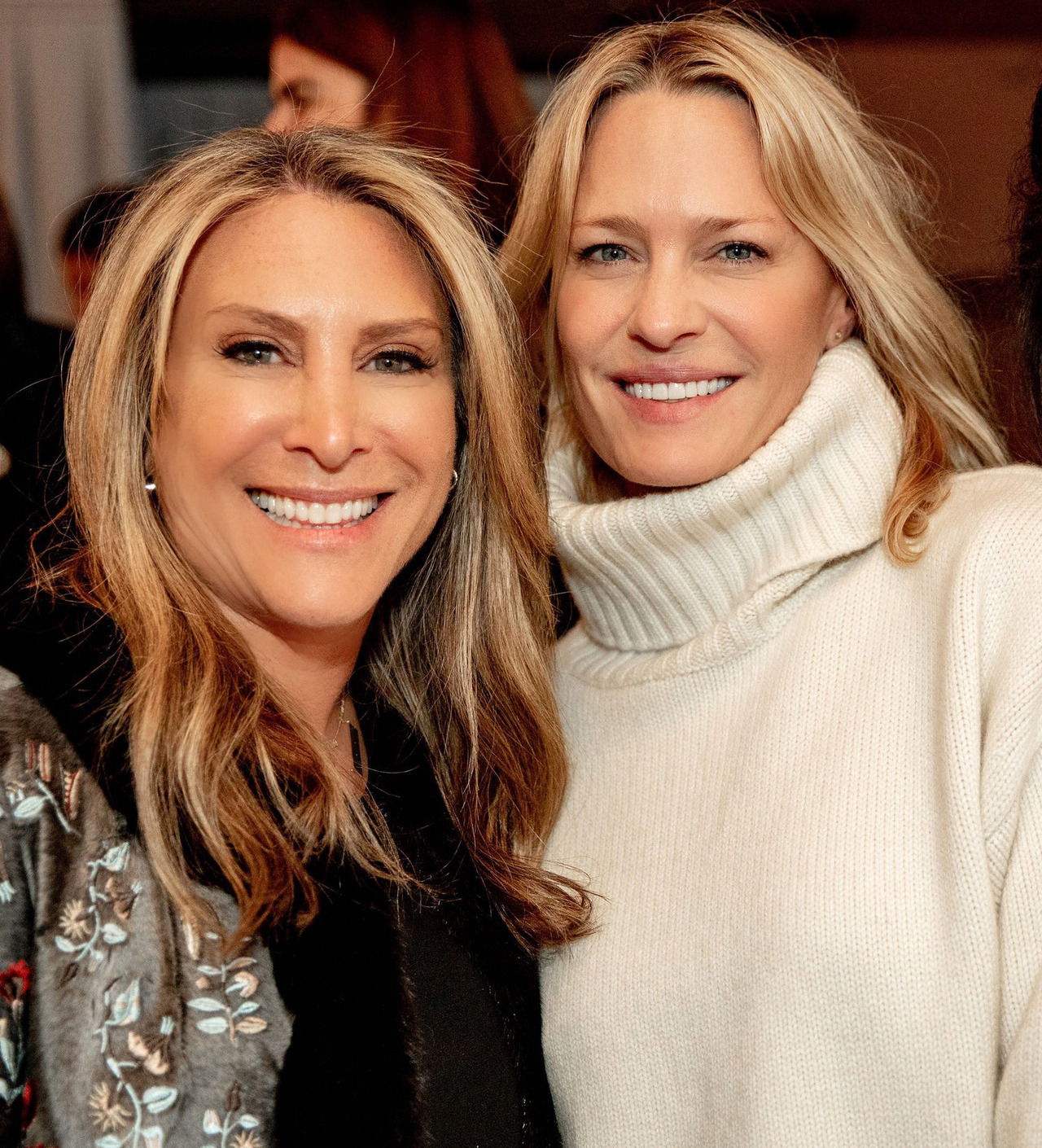 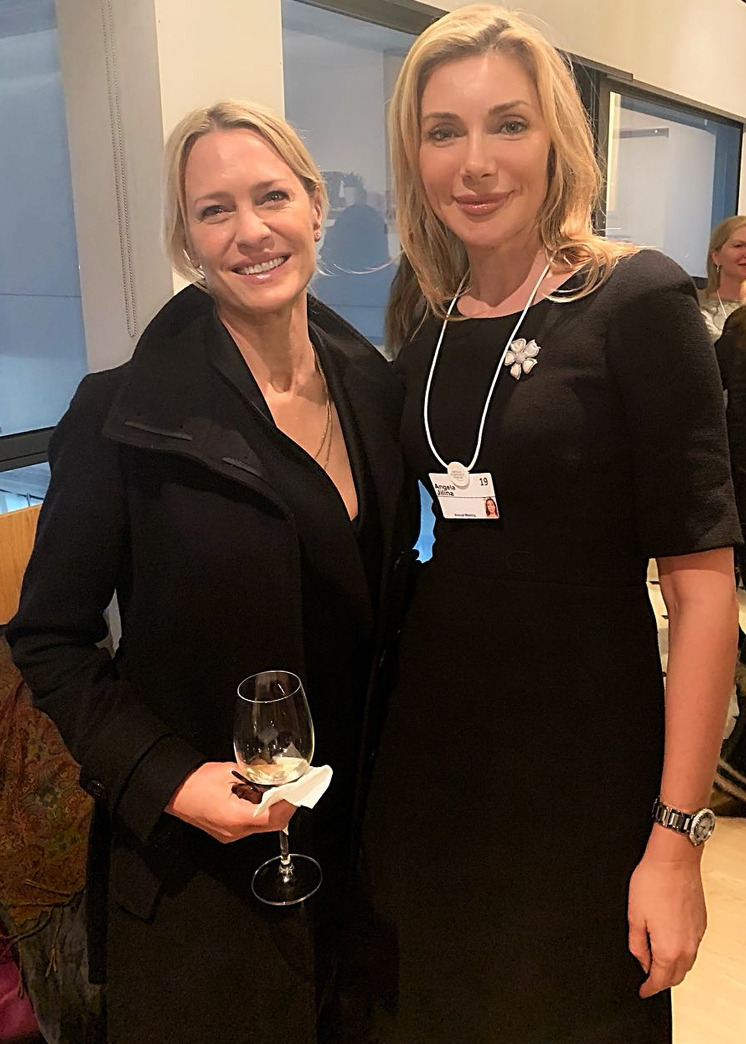 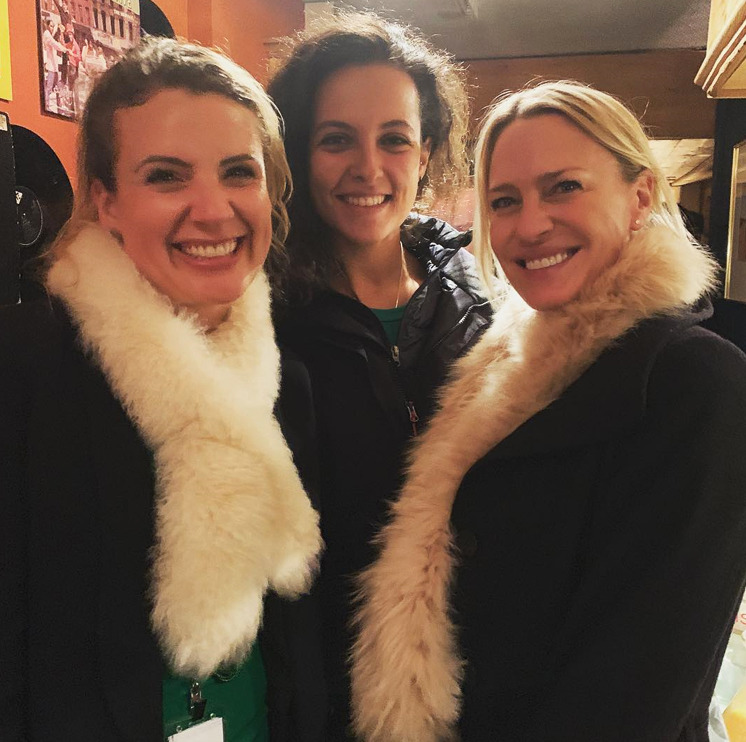 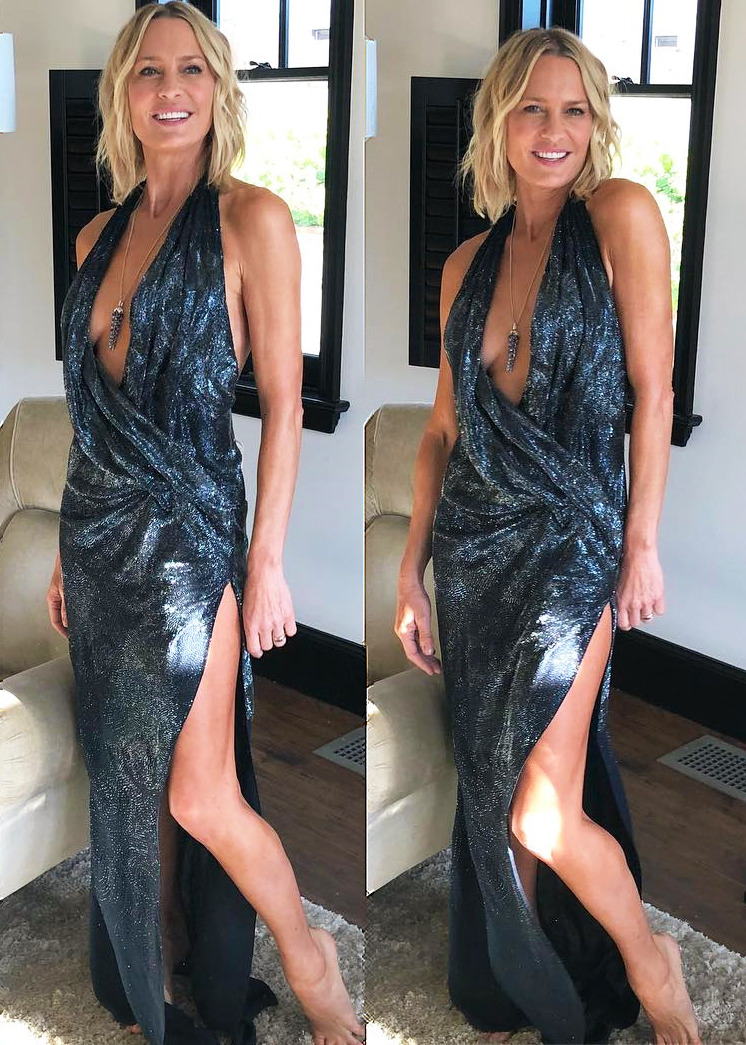 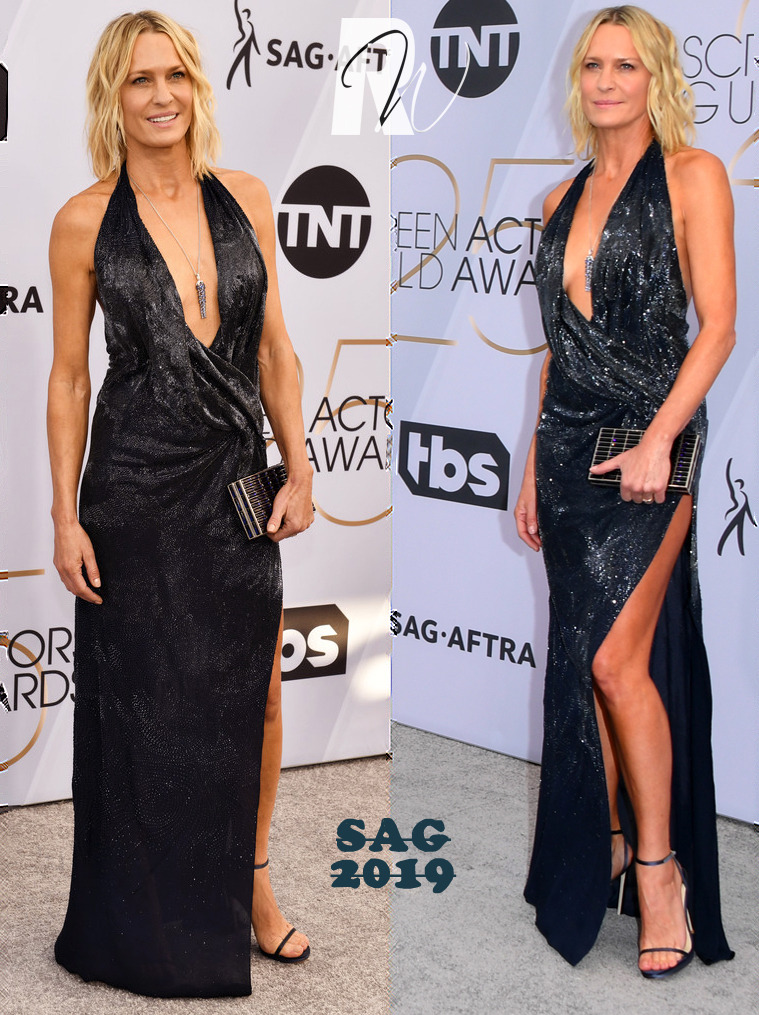 Robin Wright presented the SAG Award for Outstanding Performance by a Male Actor in a Supporting Role. The winner was Mahershala Ali (Remy Denton on House of Cards) for his role in Green Book. 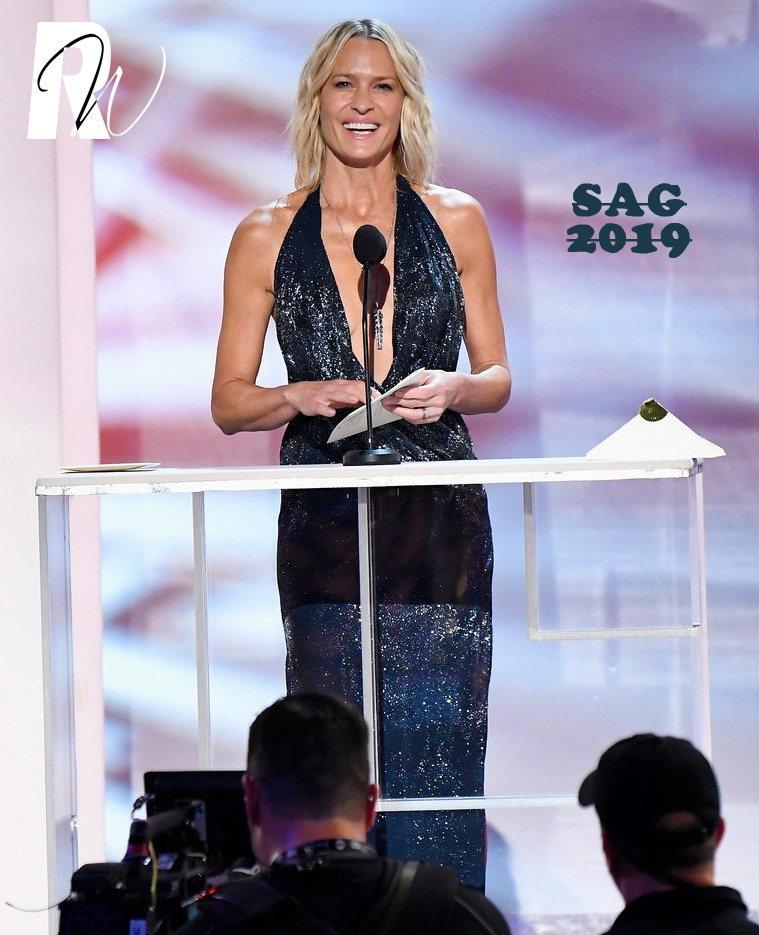 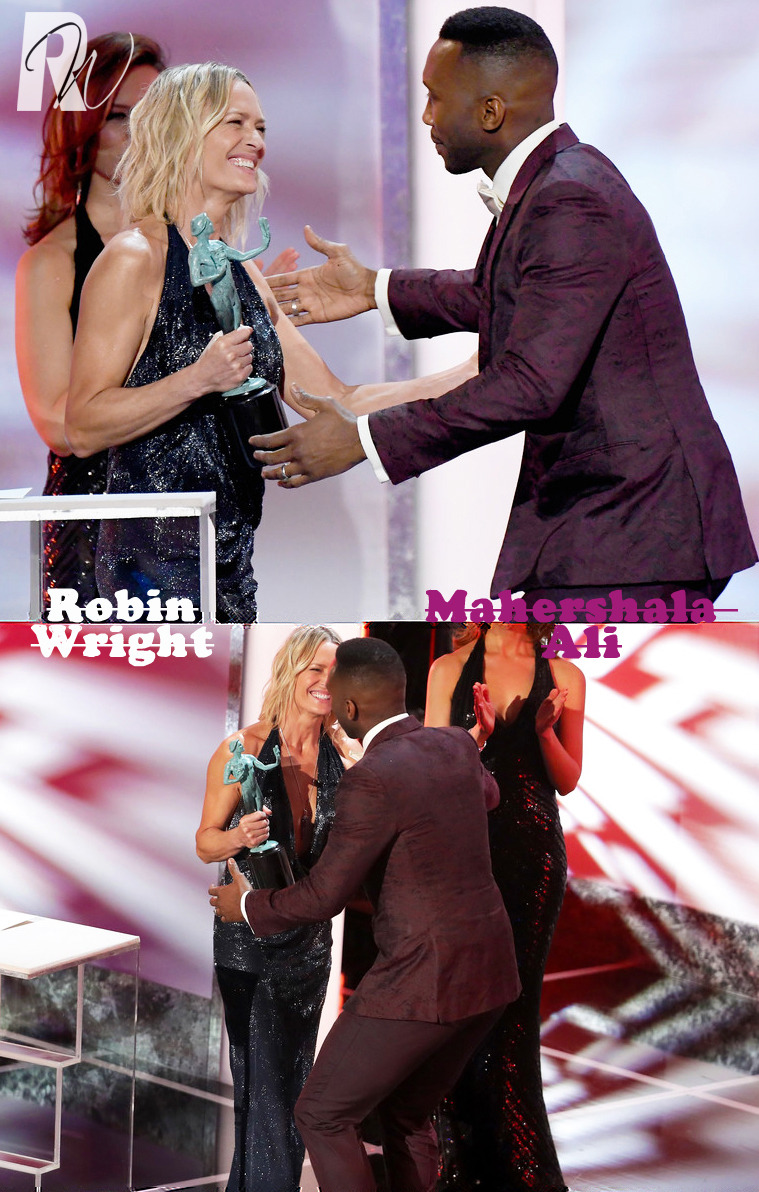 Robin was nominated for her role of Claire Underwood in the final season of House of Cards. But Sandra Oh was the winner as Outstanding Performance by a Female Actor in a Drama Series. This means that Robin Wright has 10 SAG nominations (8 for Actress and 2 for Ensemble). 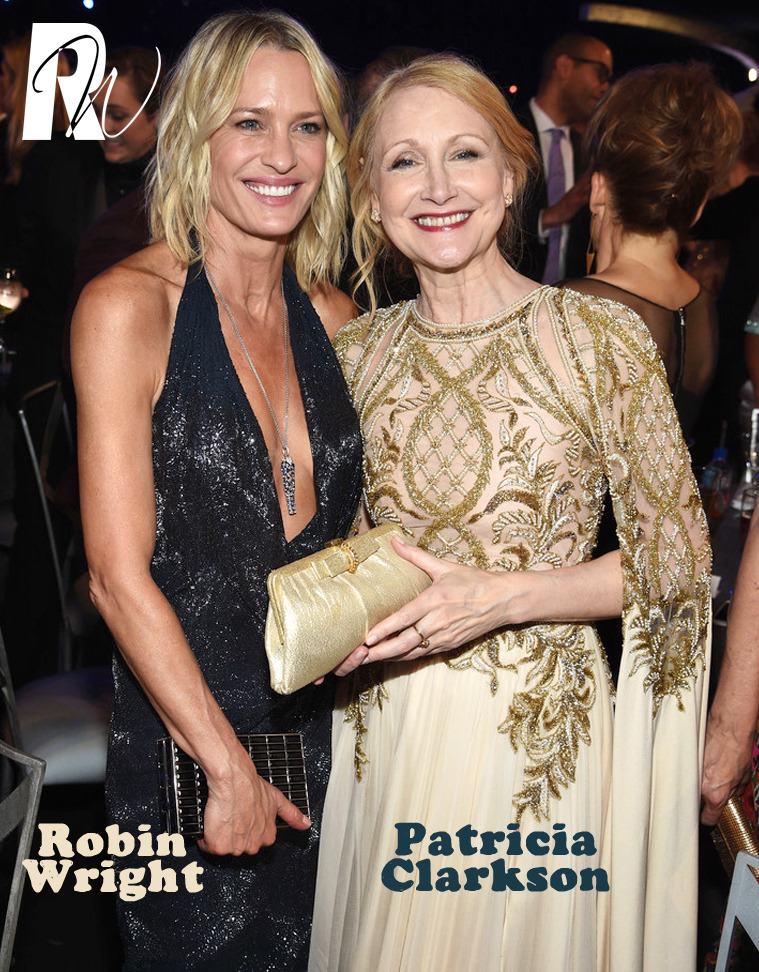 Robin Wright and Patricia Clarkson who played Jane Davis in House of Cards seasons 5 and 6. Patricia also worked with Robin in the movie The Pledge (2001) directed by Sean Penn and starring Jack Nicholson. 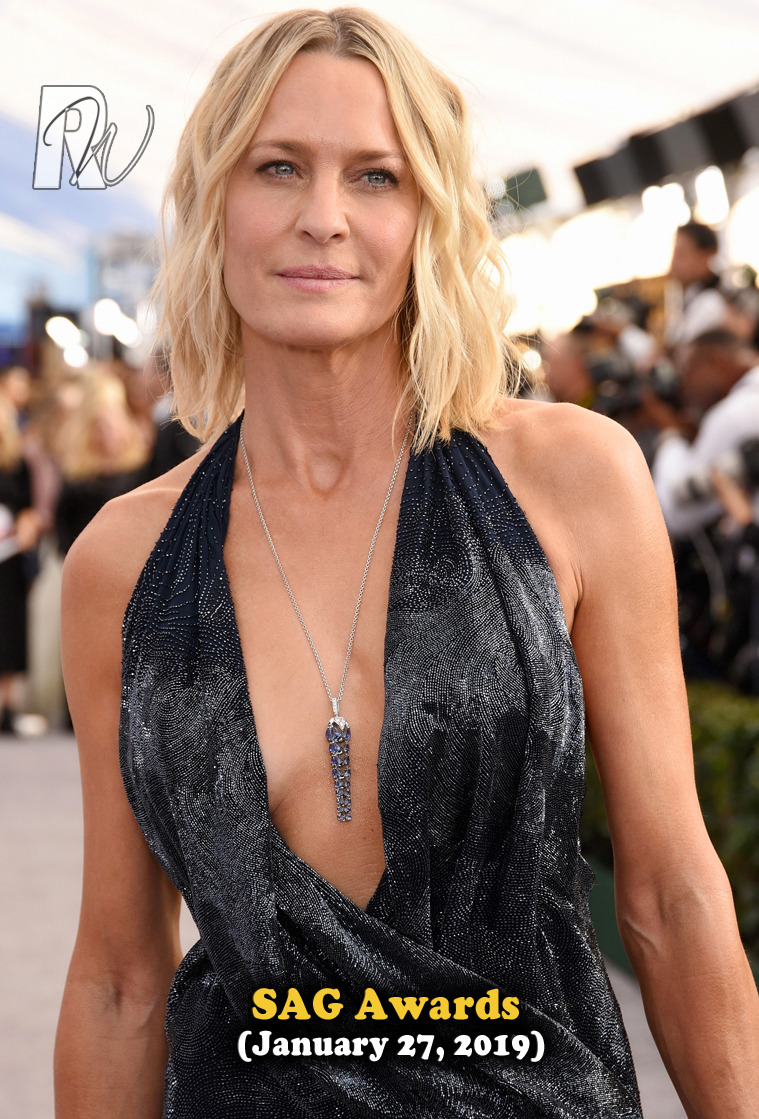 Robin Wright and Glenn Close on the SAG red carpet. Both worked in the movie “Nine Lives” (2005) directed by Rodrigo García. 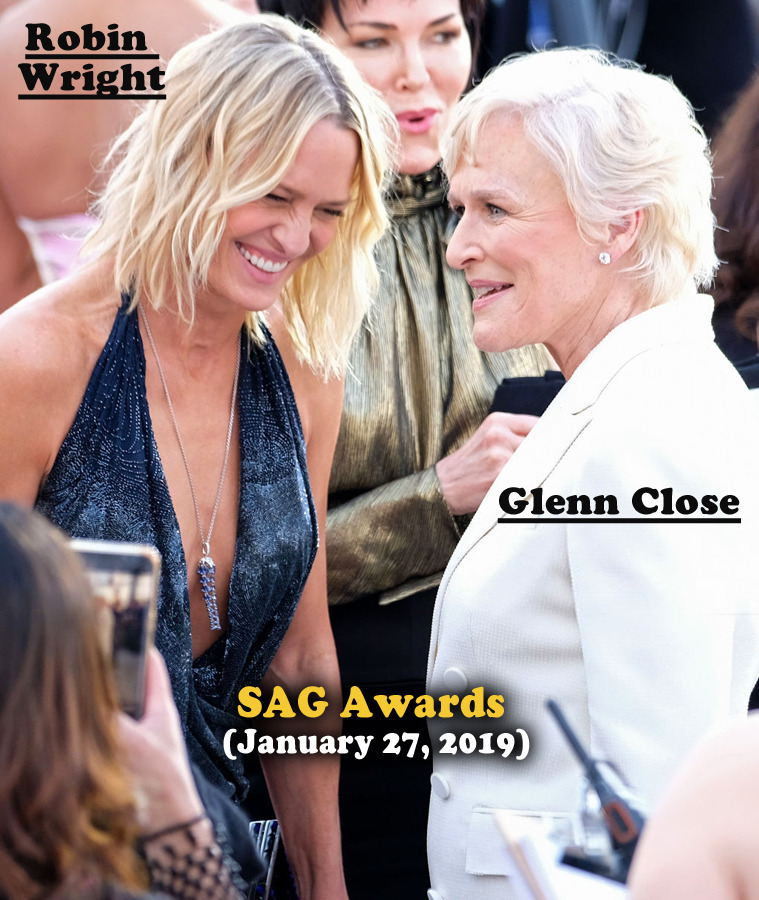 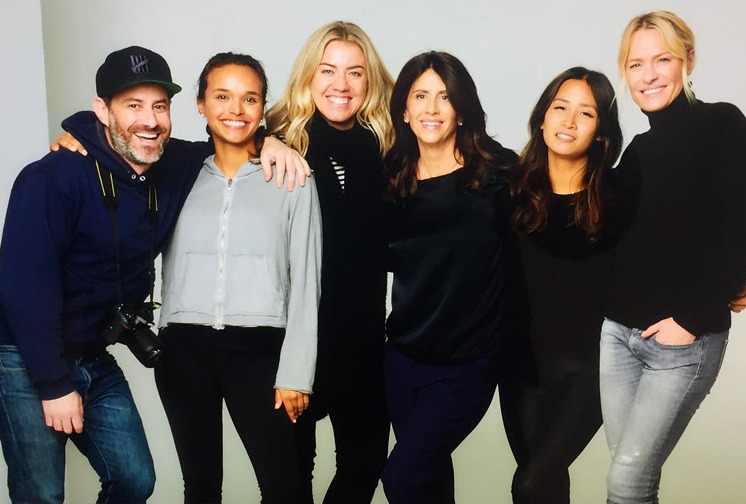 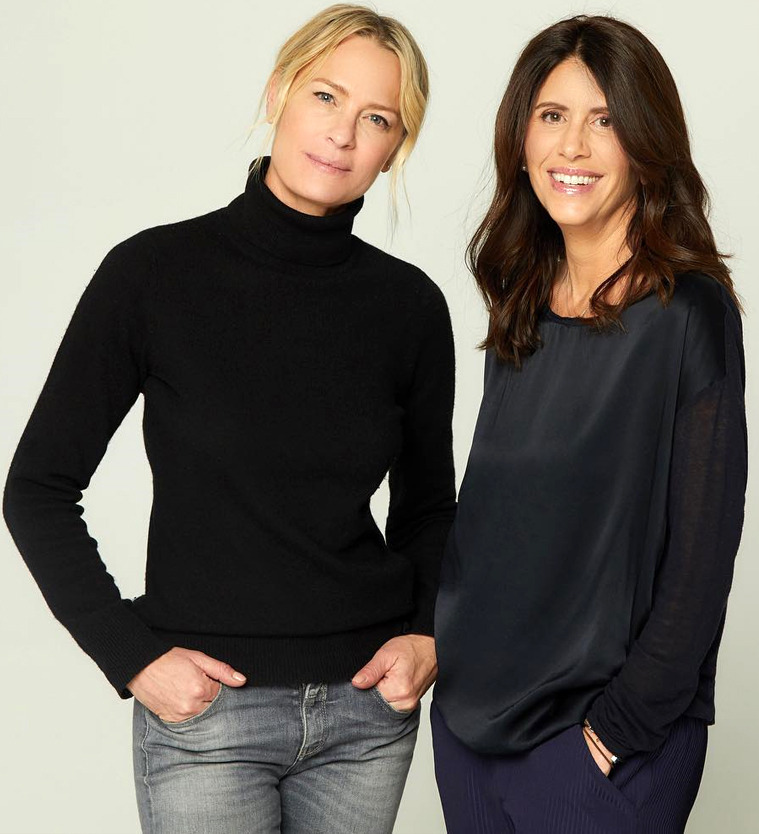 February 03, 2019: Robin Wright is on the cover of Beautiful People Magazine from Cyprus and YOU magazine from UK. 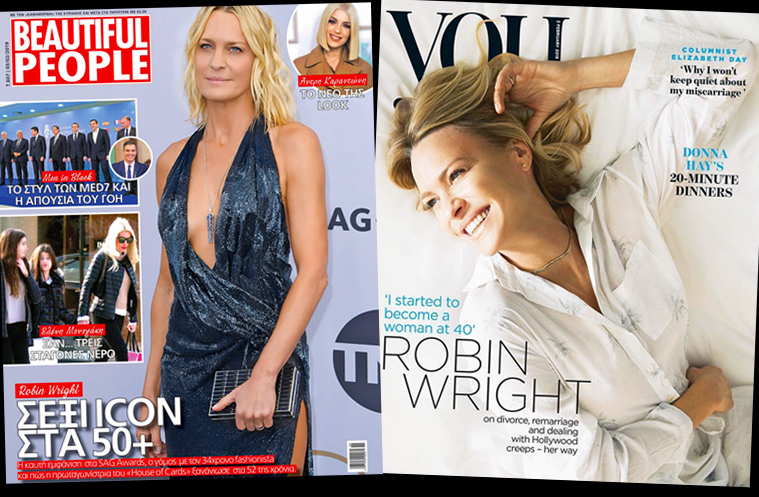 The photographer of YOU session is Chris Floyd. For these photos, Robin wears Pour Les Femmes pajama collection. 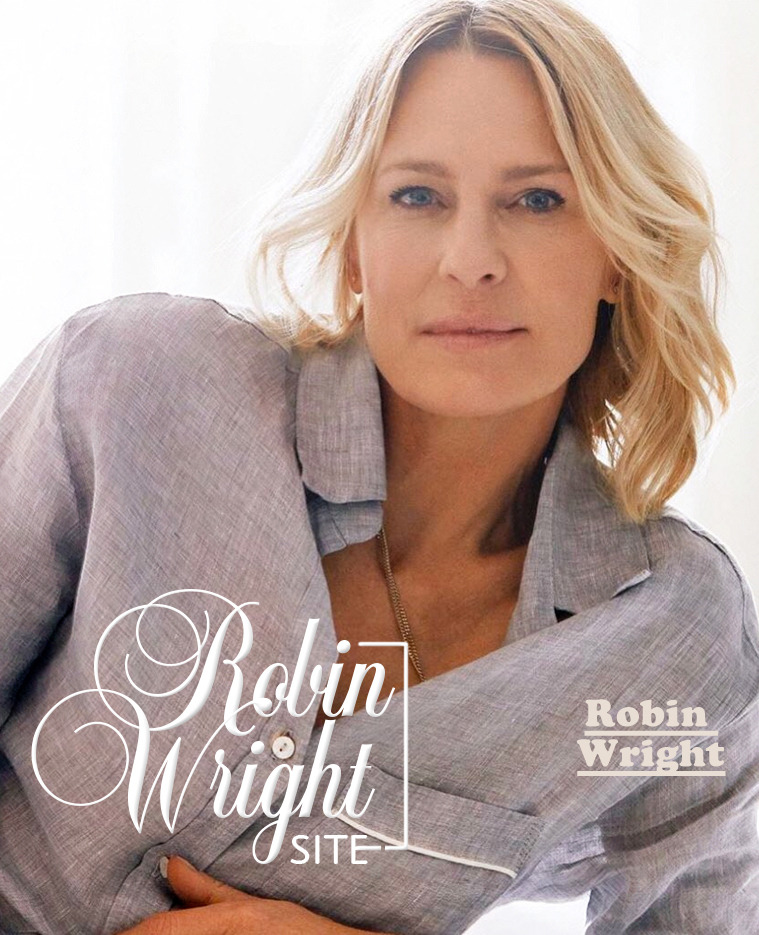 Here are some excerpts from her YOU Magazine interview:

-ABOUT HER EXPERIENCES AS A MODEL: ‘It was in Paris, there was a casting call, and it was, “OK, come on, girls, get in line.” I thought we were just going in to meet the photographer – he’s still a huge photographer today – and the cattle got in the line and we went in one by one. I remember seeing the girl in front of me – I was peeking around the corner – and they were, like, “Take off your shirt.” She took off her shirt, she showed her breasts and they were, like, “Next.” I had to go in and he went, “They’re too small”. I remember the humiliation. You are a commodity, a thing. After that, getting into commercials and movies, I didn’t want to feel that anymore, so you start to design your own path.’ 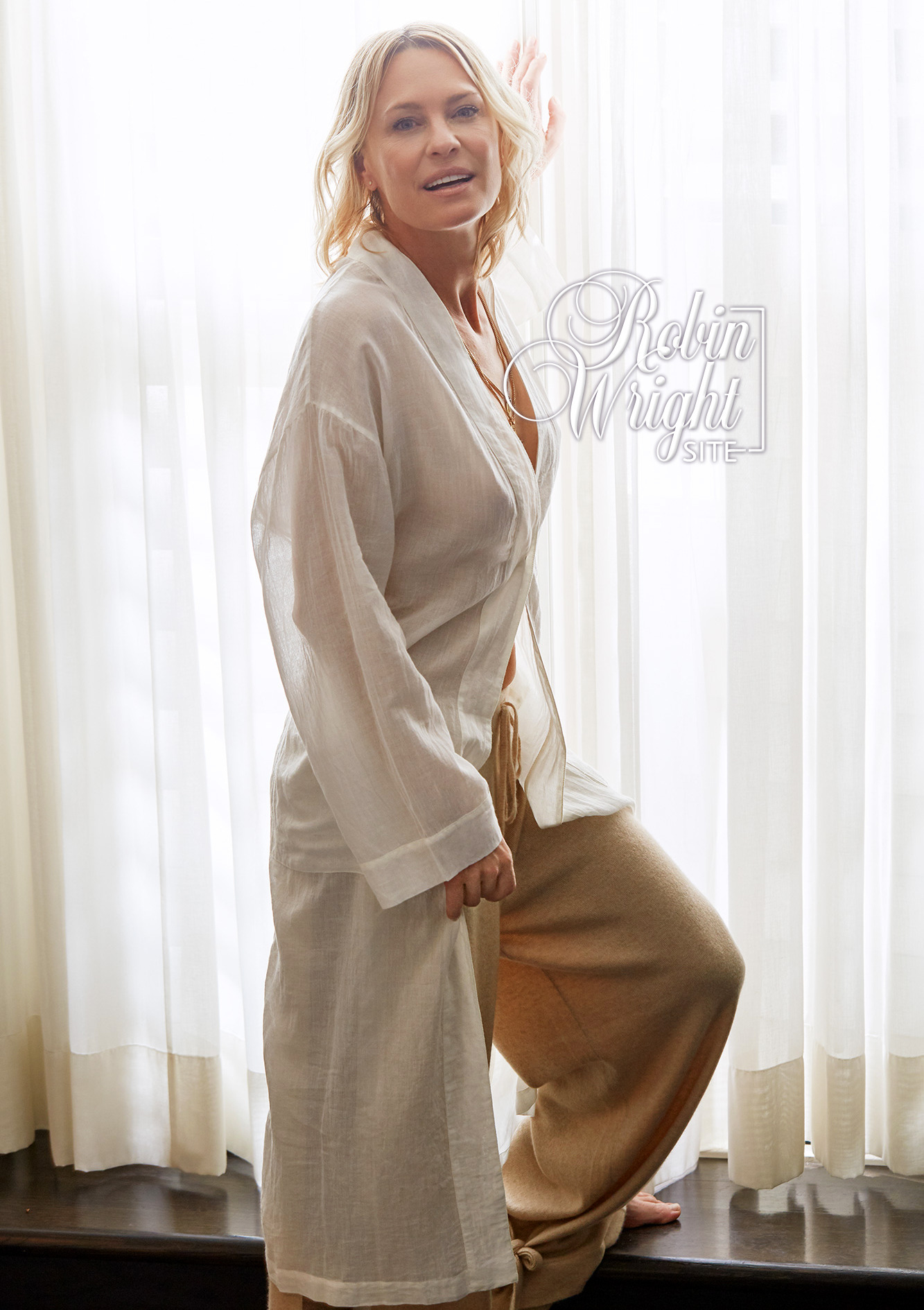 -ABOUT WHAT BRINGS HER A NEW CONFIDENCE: ‘I probably shouldn’t say that. I think it’s probably twofold. It’s having children at 24 years of age. When I had my first I was a baby, just naive and I didn’t get to have my “Who am I?” adult life in my 30s, examining and exploring. I became a mum and a wife… and then the kids grew up and I took a different path. Getting House of Cards was an open door like I’d never seen before and I think that helped shift who I was into adulthood. It was almost as though I’d started to become a woman at 40.’ 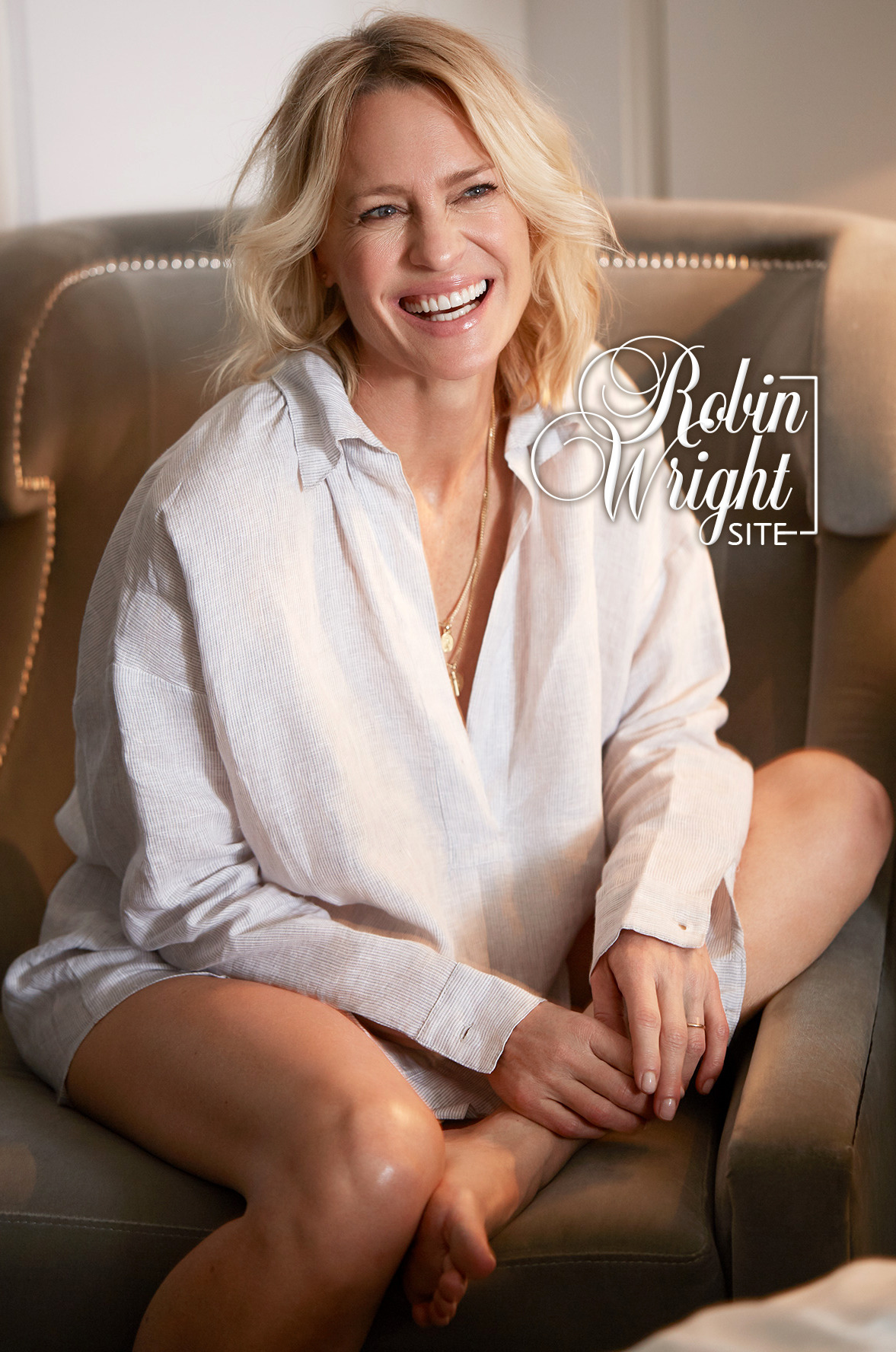 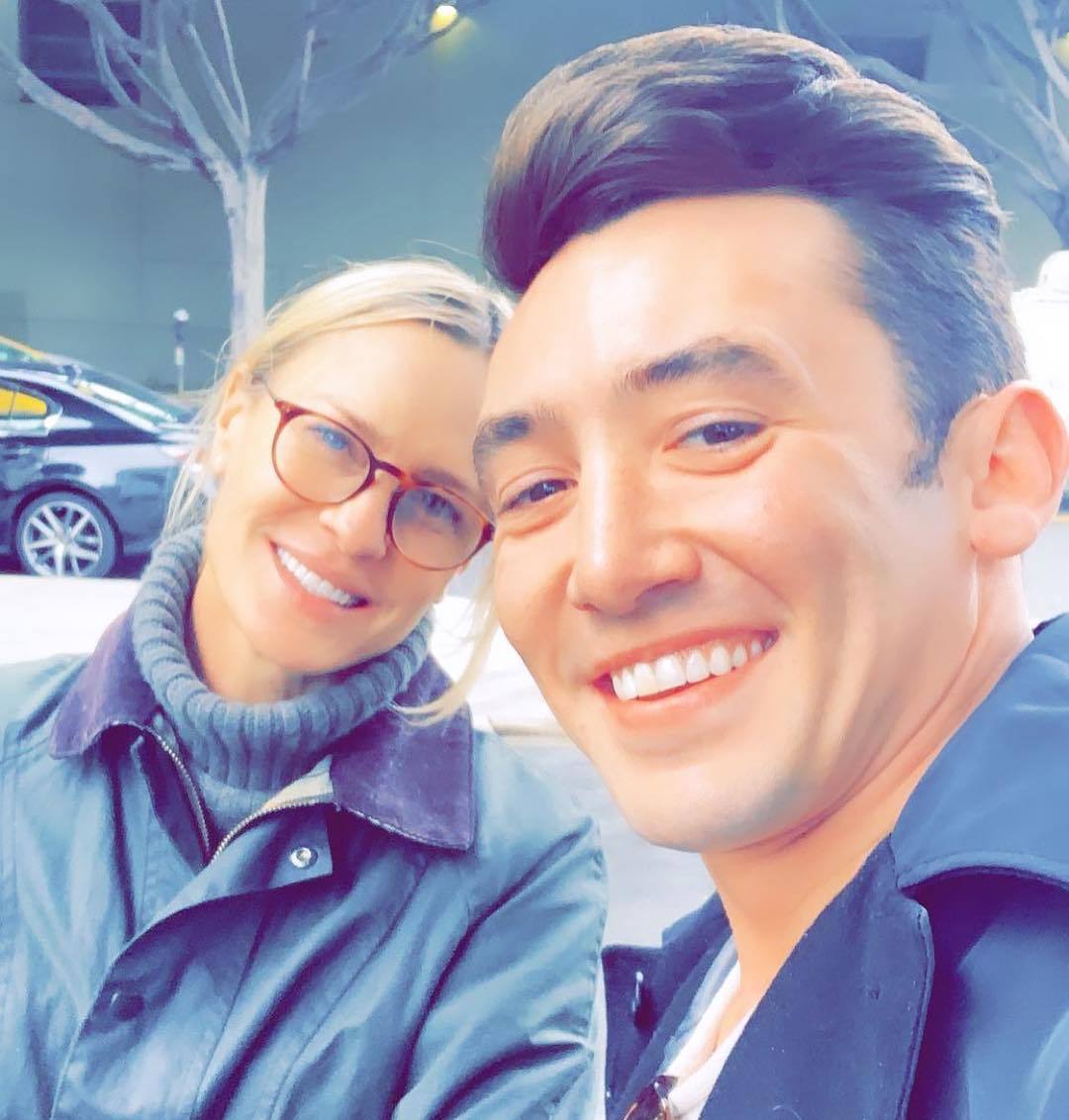 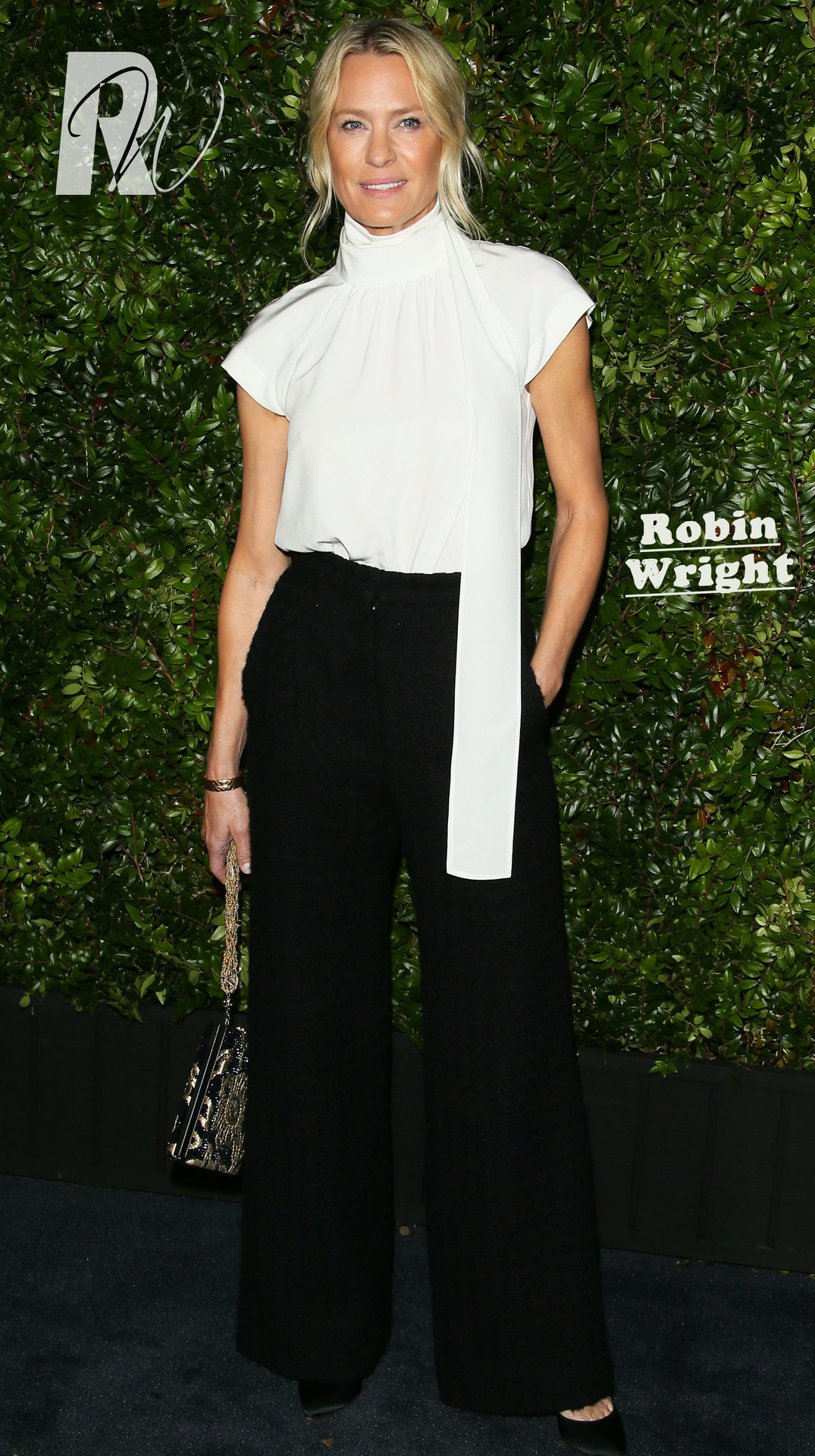 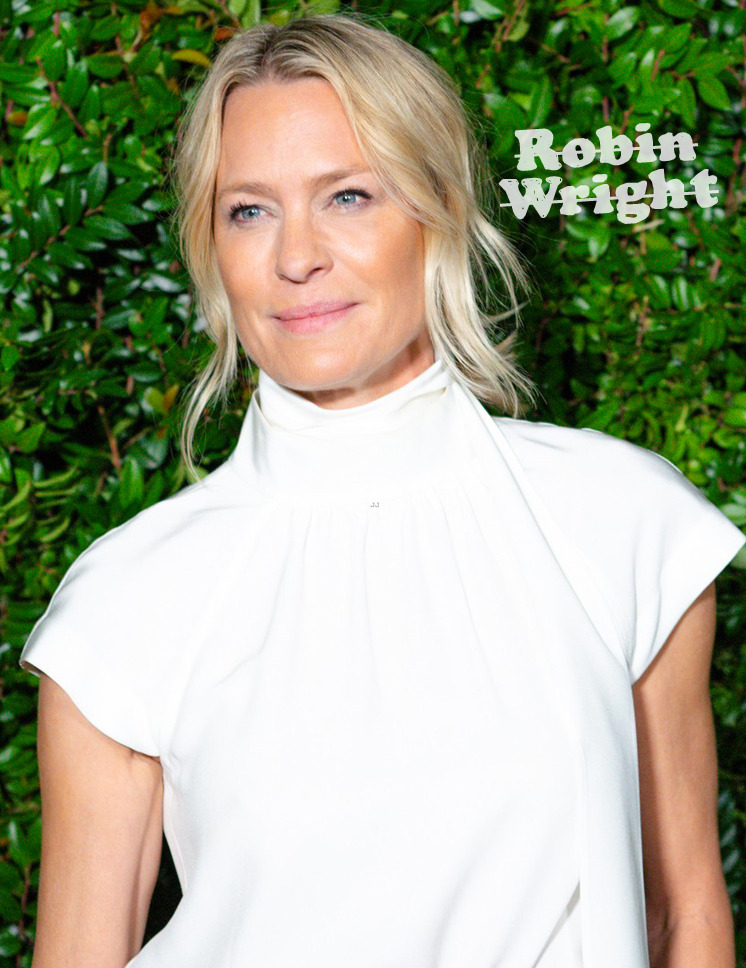 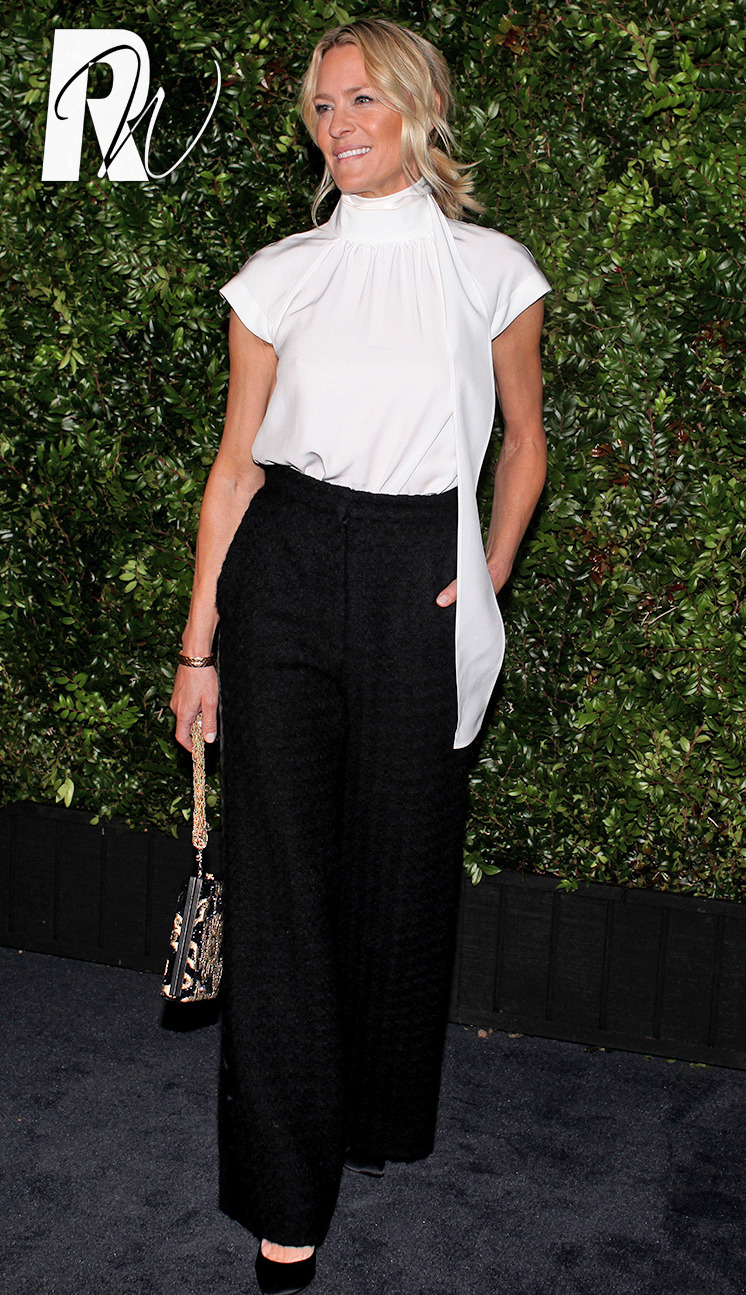