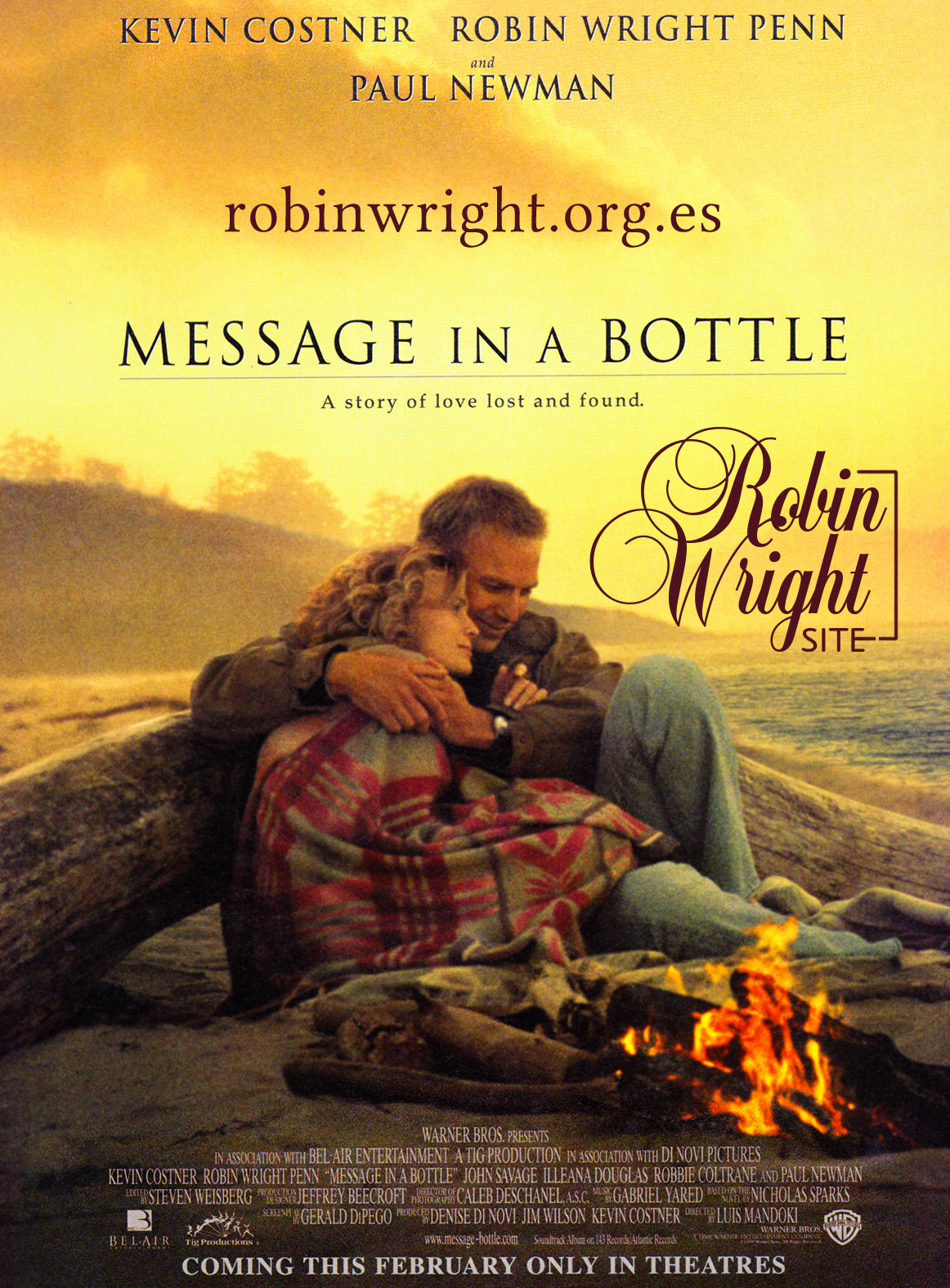 Plot: Based on a Nicholas sparks novel, “Message in a bottle” is the story of Theresa (Robin Wright) who finds a message in a bottle along the shore. The message is from Garret (Kevin Costner) a man who deeply loved his wife and has lost her. Theresa slowly begins to fall in love with him and embarks on a journey to know him better.

MPAA Rating: Rated PG-13 for a scene of sexuality 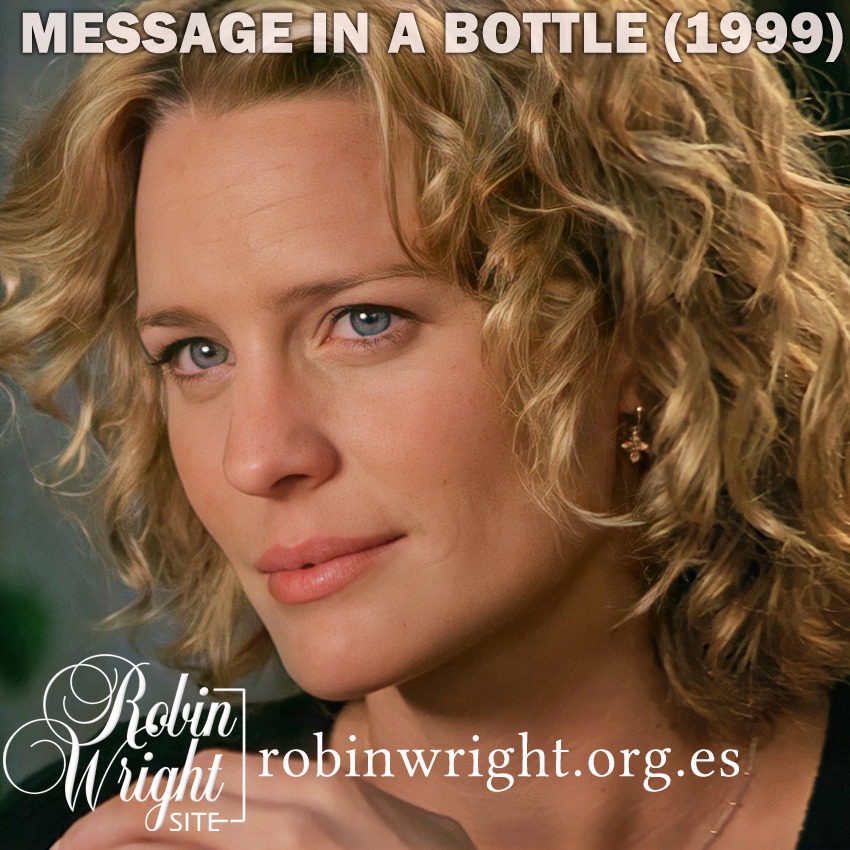 -This is the 1st film adaptation from a Nicholas Sparks novel.