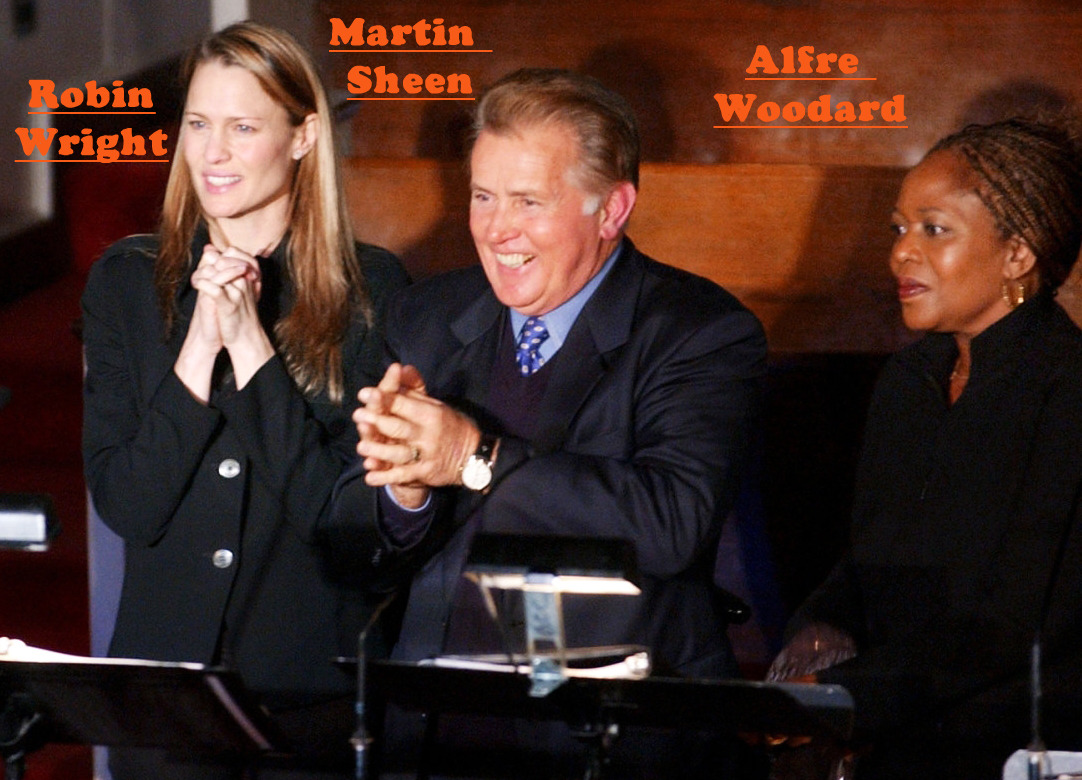 “I want to be free of these memories. My name is Dianna Ortiz.”, Robin Wright reads the words as she portrays the nun police in Guatemala kidnapped, burned, raped and tortured.

As Ortiz, Robin Wright recounts hanging by her wrist above a pit full of decaying corpses and people near death.

The performance is one of several biographies featured in the play “Speak Truth to Power” which anchors activities this weekend in Atlanta to commemorate the birthday of the late Rev. Martin Luther King, Jr., who would have turned 76 Saturday.

The play, based on Kerry Kennedy’s book, is meant to honor people Kennedy describes as defenders of freedom: people who fight against police brutality, genital mutilation, torture, sex slavery and child labor. 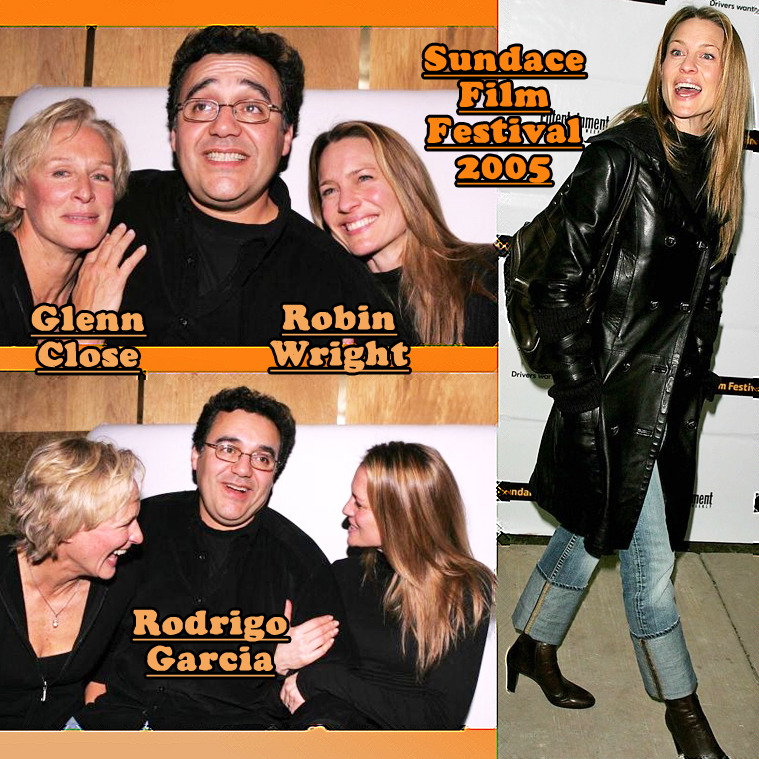 ‘Nine Lives’ is a series of nine vignettes about women. In one chapter, Diana (Robin Wright) confronts the sudden flash of a past relationship (Jason Isaacs) long after she has moved on to a new life.

January 2005: At the end of January, Robin Wright films ‘MAX’ a short film directed by Samuel Bayer and located in San Francisco. This short is part of the Sony Dreams project.

February 26, 2005: Robin Wright attended the ceremony of the Independent Spirit Awards. She presented with Aidan Quinn the ‘John Cassavettes Award’. 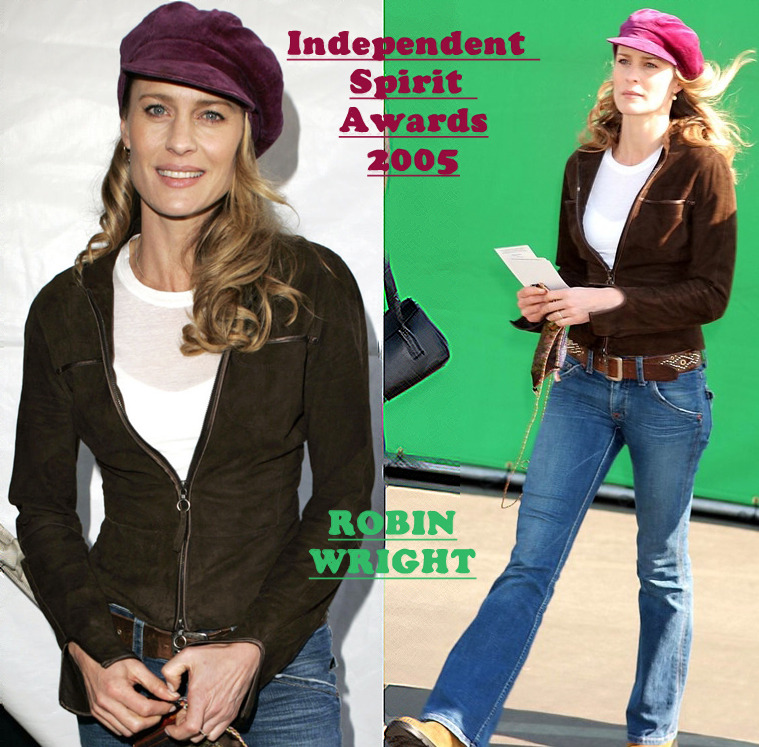 The winner in this category was ‘Mean Creek’ directed by Jacob Aaron Estes.
Last year, ‘Virgin’ from Deborah Kampmeier received a nomination in this category, which is made for movies with a budget under than 500.000$.

April 11, 2005: ‘The Last Face’ was supposed to begin filming on 4 April 2005, but it has been delayed again. The last news says the movie directed by Erin Dignam begins filming in South Africa this late summer and will be ready for an April 2006 release.

Ryan Gosling, has signed to star alongside Javier Bardem and Robin Wright.
This movie tells the story of Miguel (Javier Bardem), a talented and charismatic doctor, who is forced to choose between his love for an American relief worker named Wren (Robin Wright), or his dedication to saving lives in war-torn African nations.

April 15, 2005: Robin Wright has now joined Jude Law, Juliette Binoche and Vera Farmiga in Anthony Minghella’s film ‘Breaking and Entering’, which begins shooting on locations in Primrose Hill and King’s Cross in London next month. The movie is based on an original screenplay by Minghella. 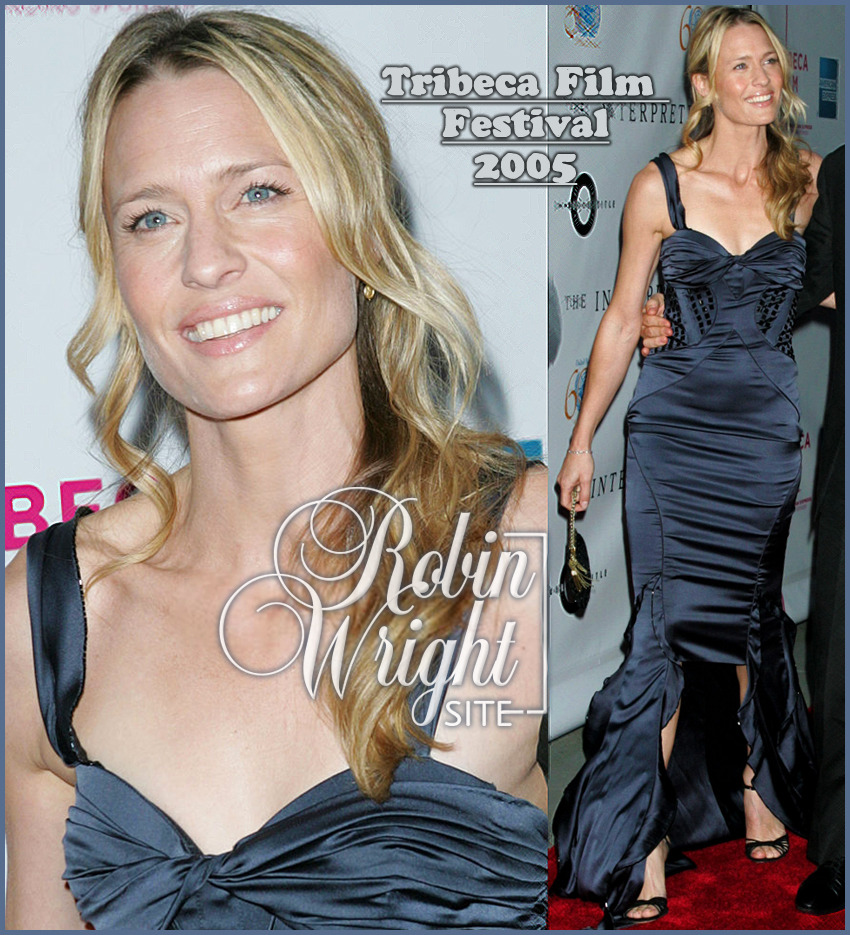 June 20, 2005: Ray Winstone, Anthony Hopkins, Angelina Jolie, Robin Wright, Brendan Gleeson are in talks to star in ‘Beowulf’ directed by Robert Zemeckis.
The performance capture film would follow the process created by Zemeckis’ Polar Express, with actors performing their roles which then get processed through a computerized motion capture animation process.

July 5, 2005: Robin Wright, Harvey Weinstein and Sean Penn seen in London. Robin Wright is in the British capital filming her new movie ‘Breaking and Entering’ directed by Anthony Minghella and starring Jude Law and Juliette Binoche.
The film is a co-production between Miramax Films and The Weinstein Company, the interim name of Bob and Harvey Weinstein’s new company. 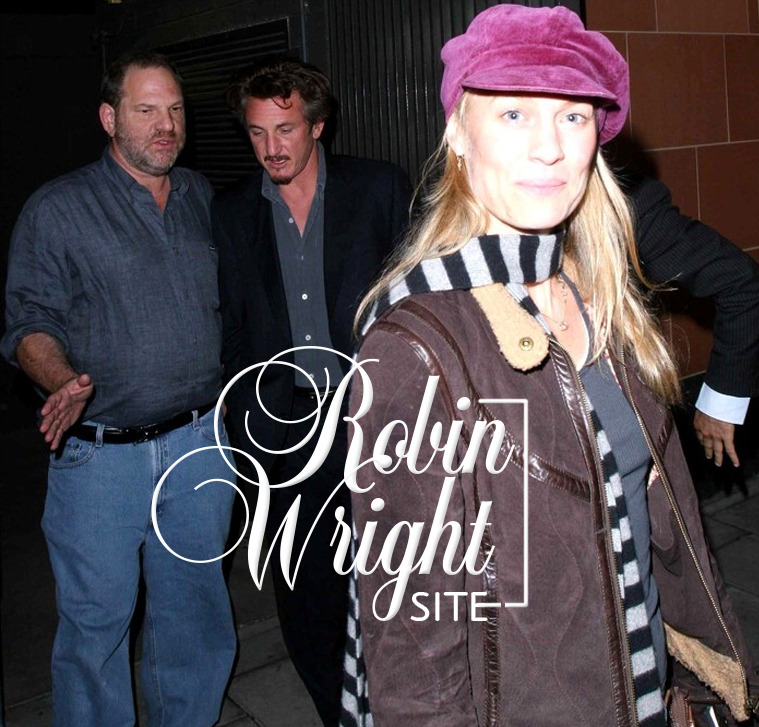 July 19, 2005: Robin Wright, husband Sean Penn and their children visited Imbaseni Village in Tanzania to support the work of the Kuji Foundation and the United African Alliance Community Center. 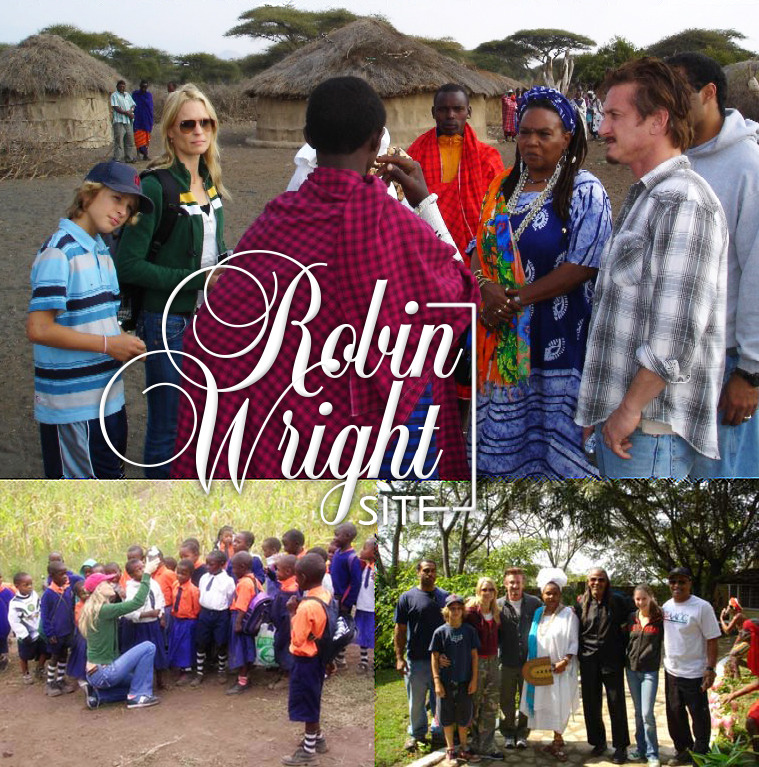 July 25, 2005: In London, Sienna Miller invited friend Robin Wright and husband Sean Penn to watch her perform in the London West End production of SHAKESPEARE’s AS YOU LIKE IT, before dining together at J Sheekey’s fish restaurant. 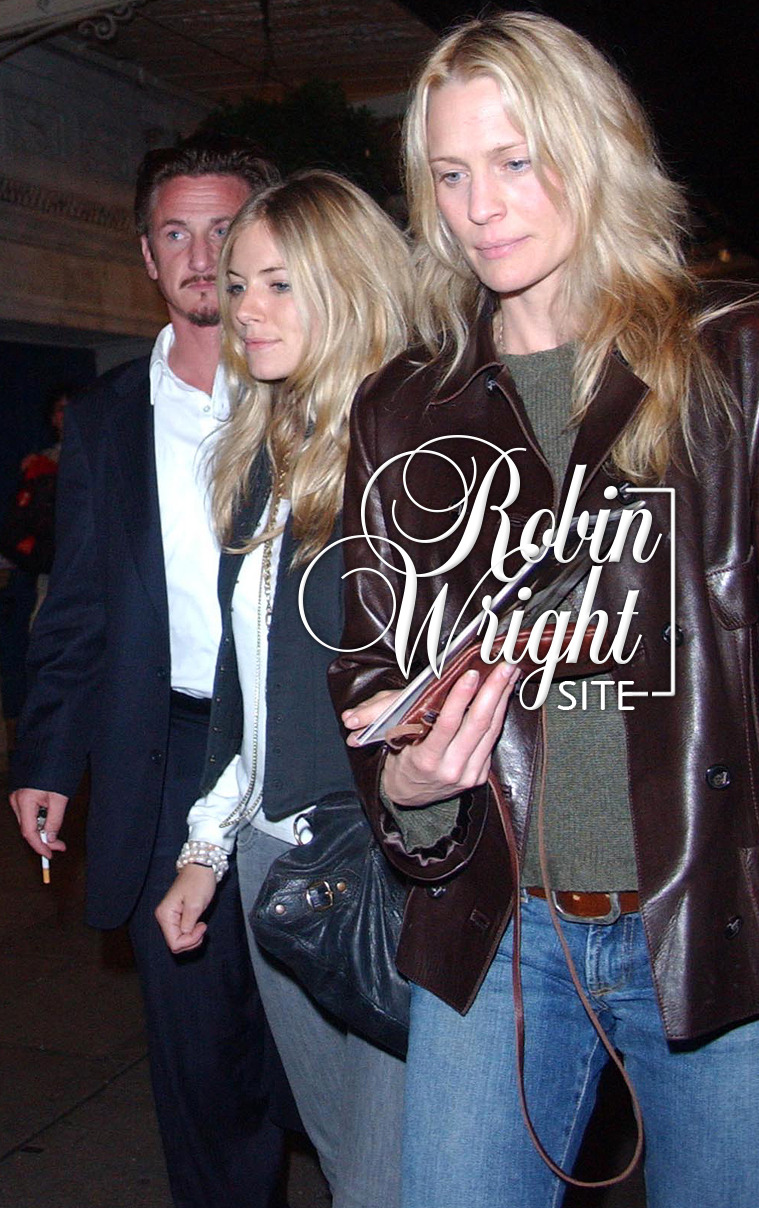 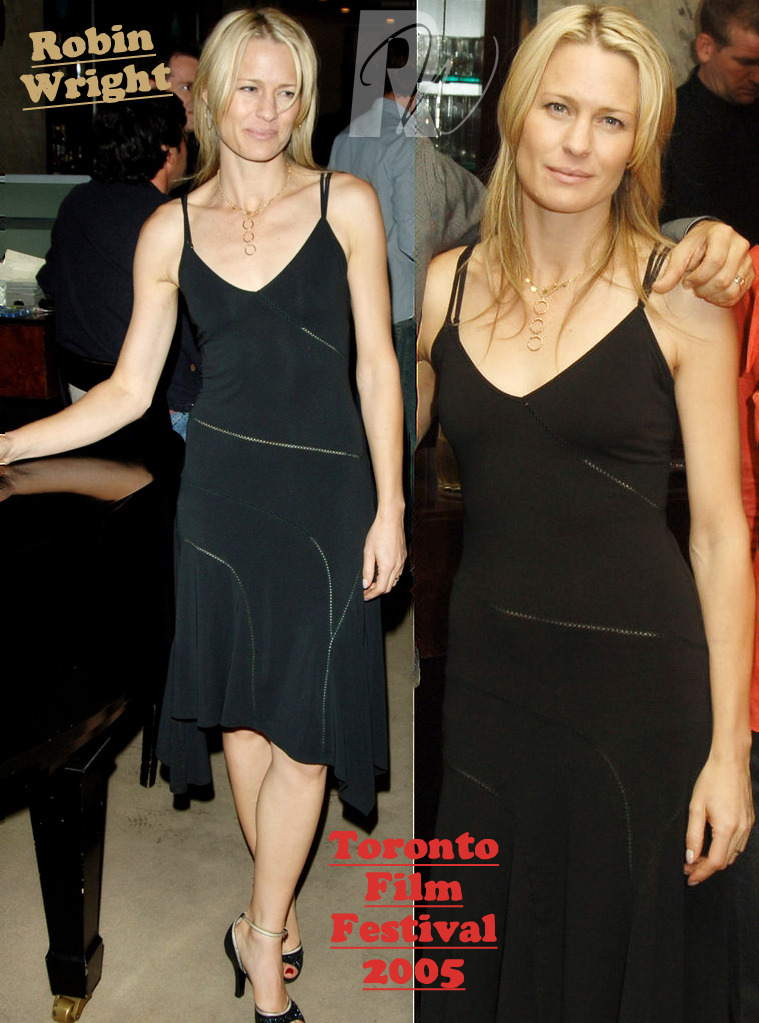