Sean Penn was nominated as lead actor for his work in the movie ‘Mystic River’. 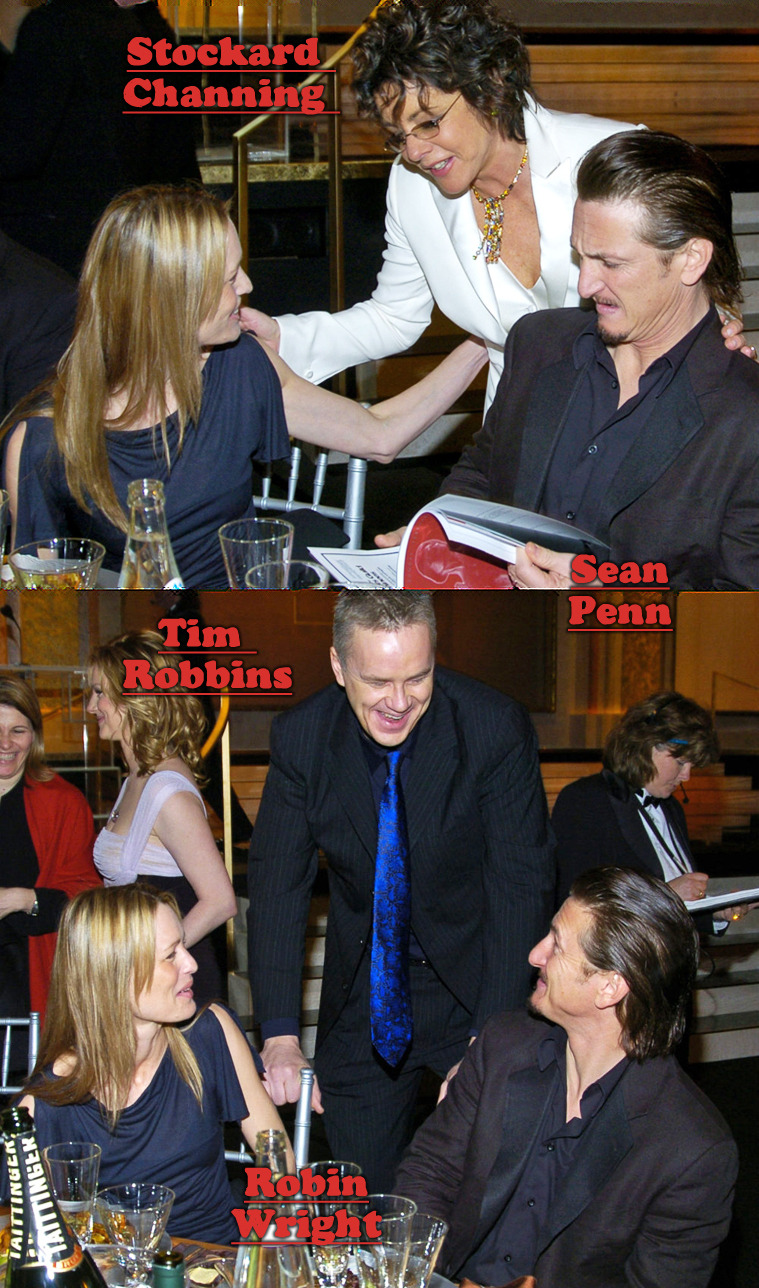 Here we can see Robin and Sean with Stockard Channing and Tim Robbins.

February 24, 2004: Robin Wright is included on the cover of the French magazine Nous Deux. 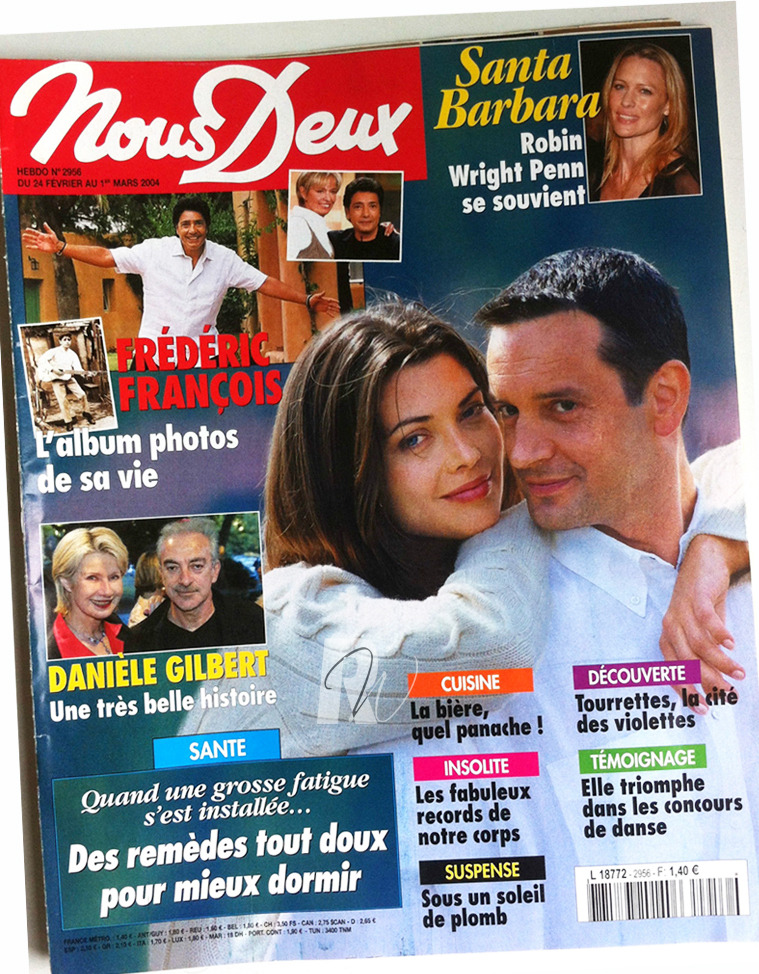 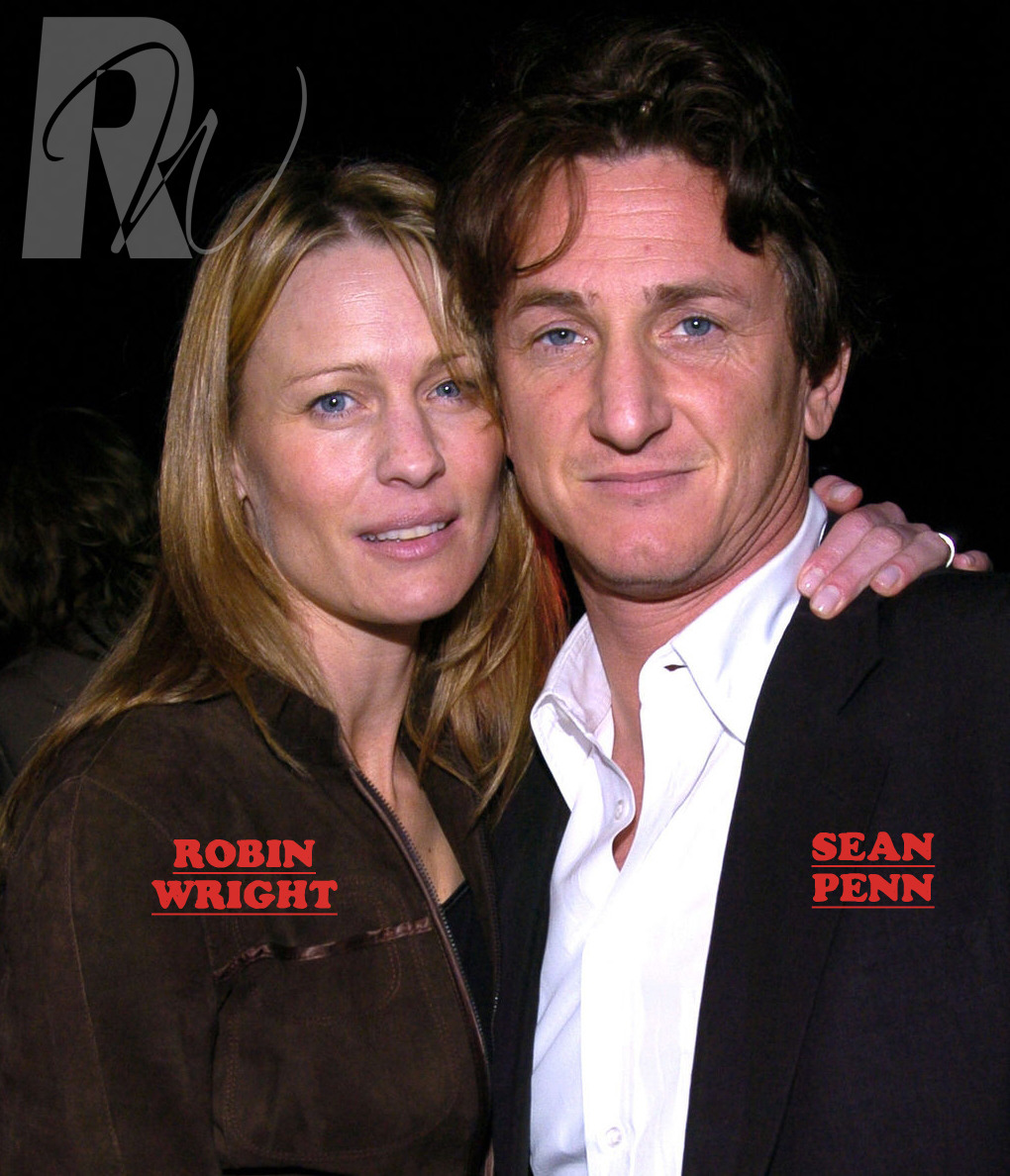 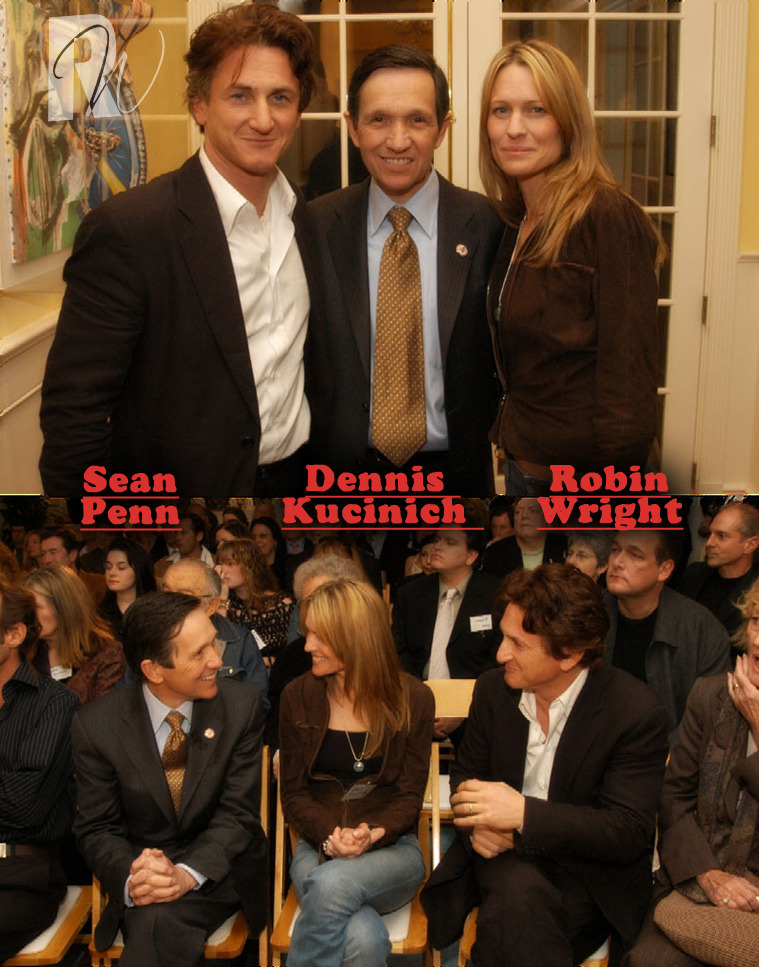 Sean Penn won the Oscar as Best Actor in a Leading Role for his role in ‘Mystic River’.

Penn thanked his director, Clint Eastwood, and his wife, Robin Wright, for being “an undying inspiration on this roller coaster I’m beginning to enjoy”. 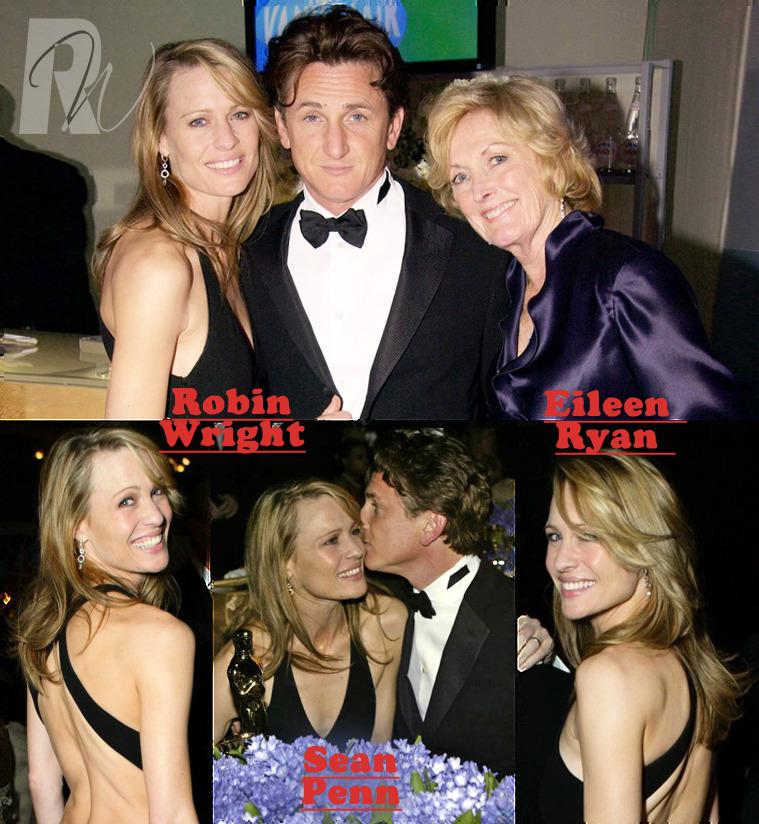 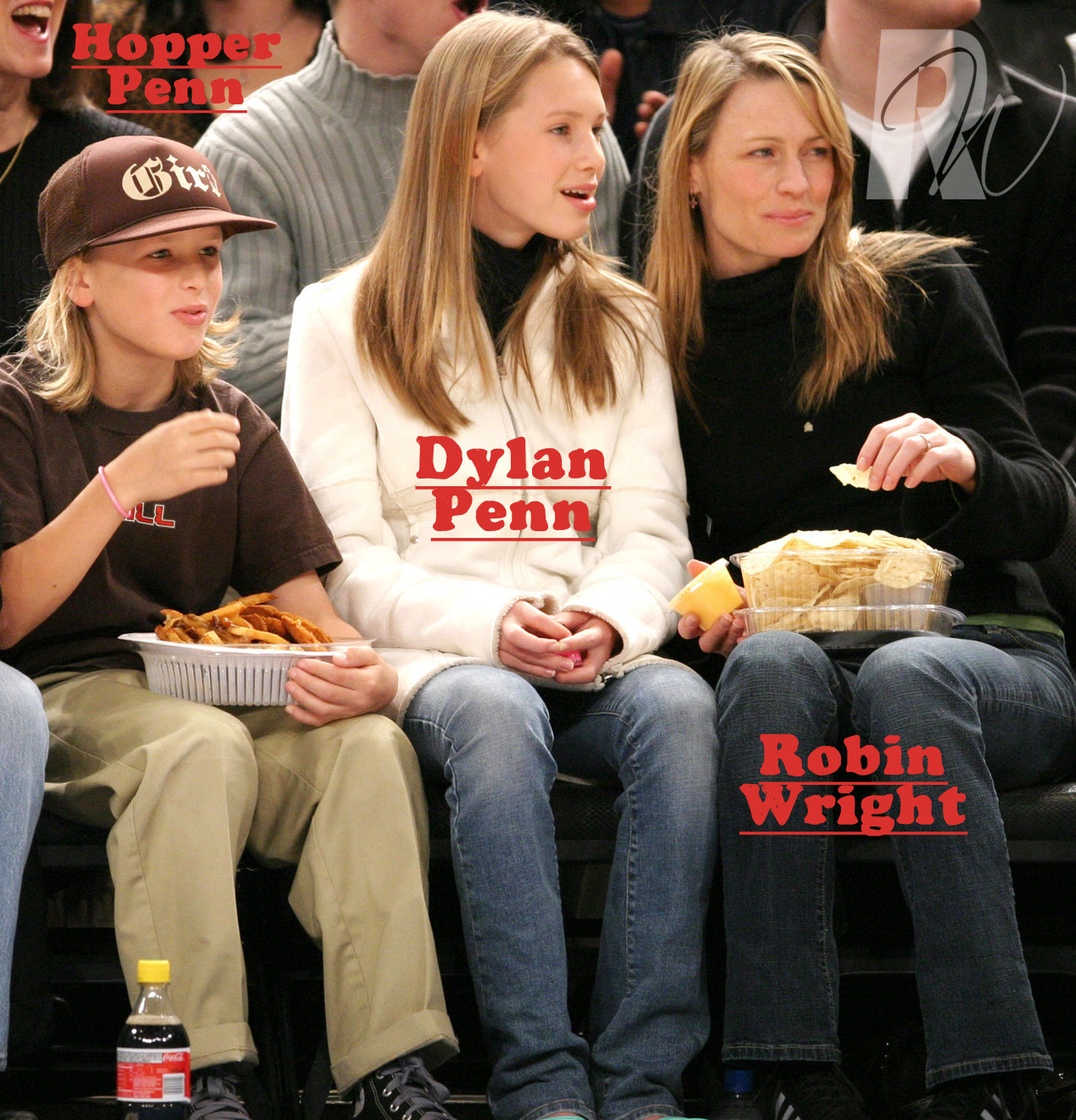 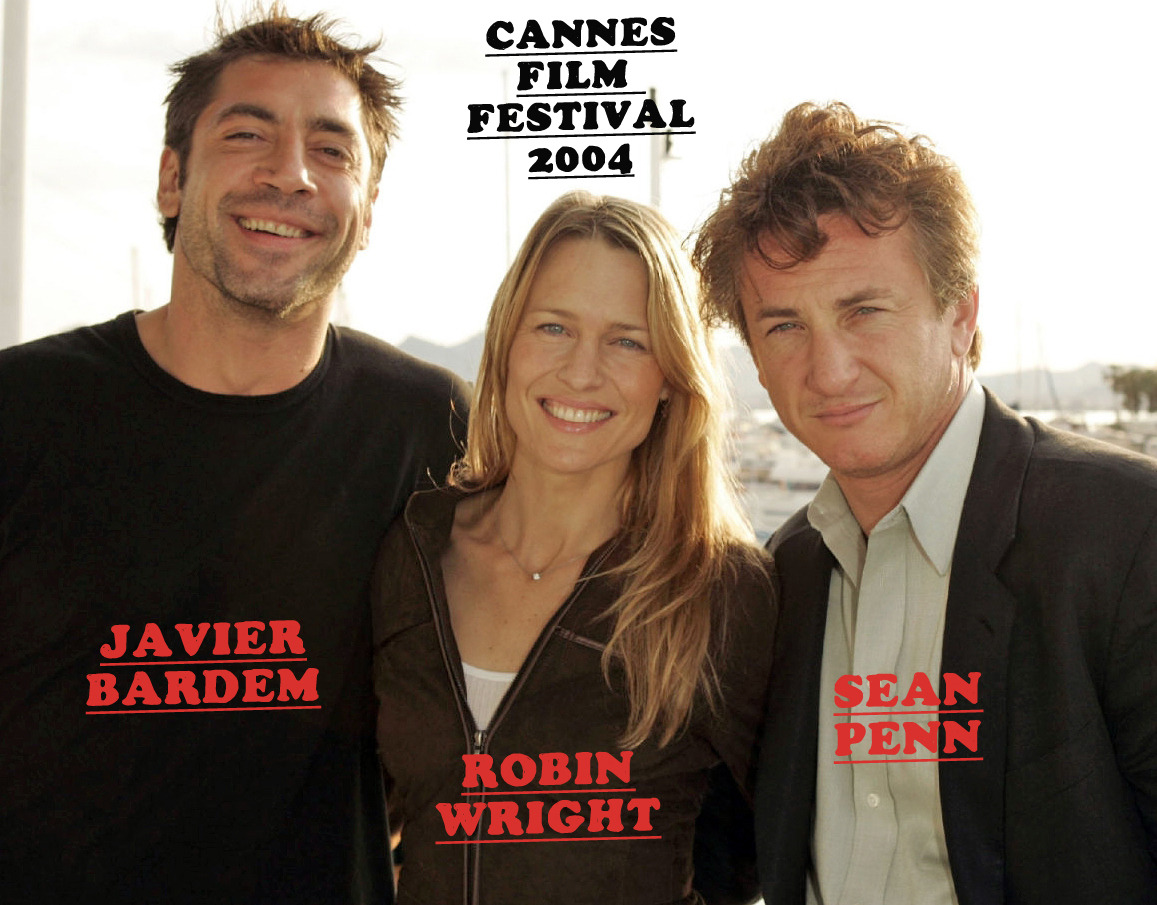 In 1998, writer and director Erin Dignam had in development ‘The Last Face’ with Jeremy Irons and Isabelle Adjani in the leading roles. But the movie was not made and Dignam offered the female lead to her close friend Robin. They met in 1987 when Robin starred in ‘Denial’ and became close friends. (Erin Dignam is the godmother of Robin’s daughter Dylan Penn)

Then, in 1997, Dignam and Robin Wright worked together again in the movie ‘Loved’. Robin was nominated for an Independent Spirit Award as Best Female Lead and won as Best Actress at the Seattle International Film Festival. 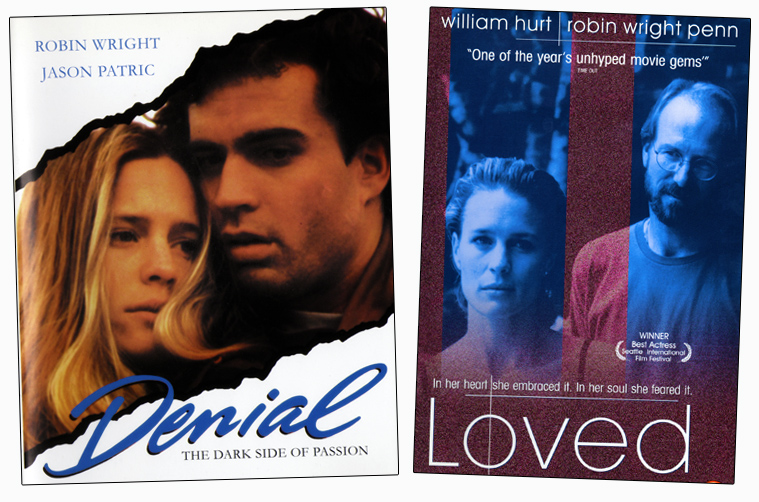 Now, in 2004, Erin Dignam has found the right collection of financiers, made a sales deal with TF1 Intl., and found seed coin in ATO Pictures.

Set during the South African civil wars in the mid- 1990s, “The Last Face” is the story of Wren (Robin Wright) and Miguel (Javier Bardem) who meet and fall in love against this violent backdrop and are forced to live with the difficult decisions they make. Sean Penn has a supporting role.

“A lot of (would-be producers) understood the love story”, Dignam told by phone from South Africa, where she’s prepping the pic for a late May start.

Her Films, a partnership between Erin Dignam and Robin Wright, will also have a credit on the film. 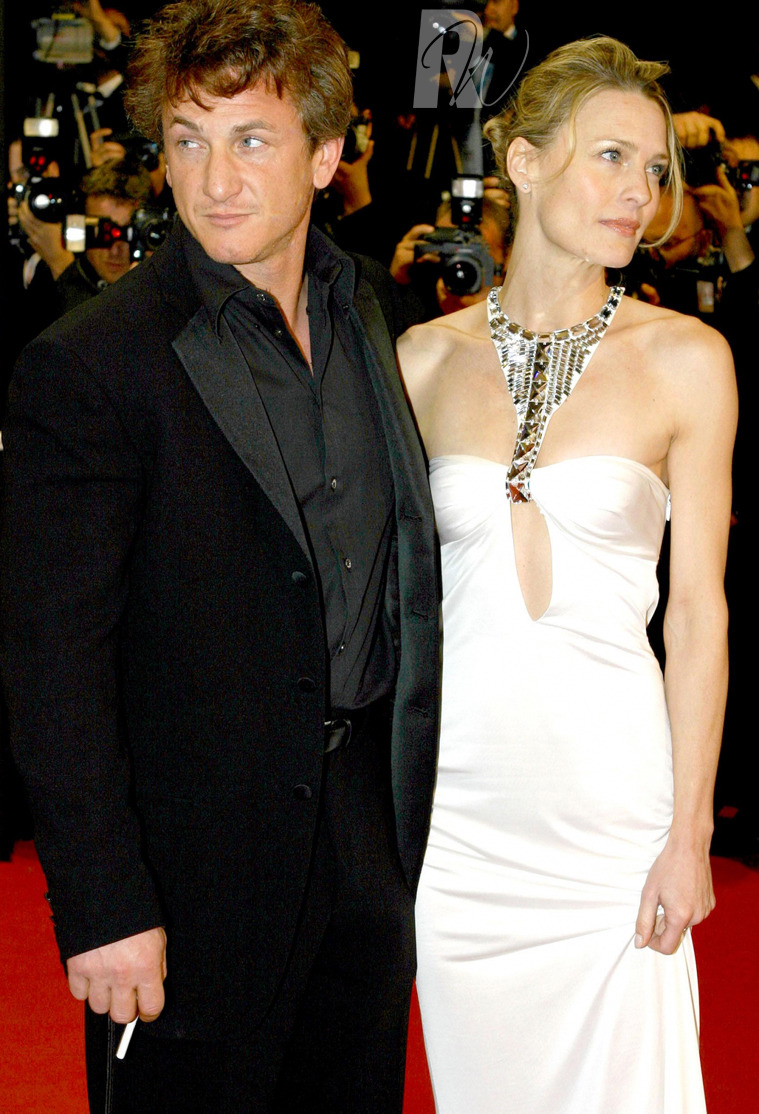 Robin receive the inaugural Half-Life Award. The award was created to honor actors, directors and writers who have contributed greatly to their profession and amassed an impressive body of work at a young age. 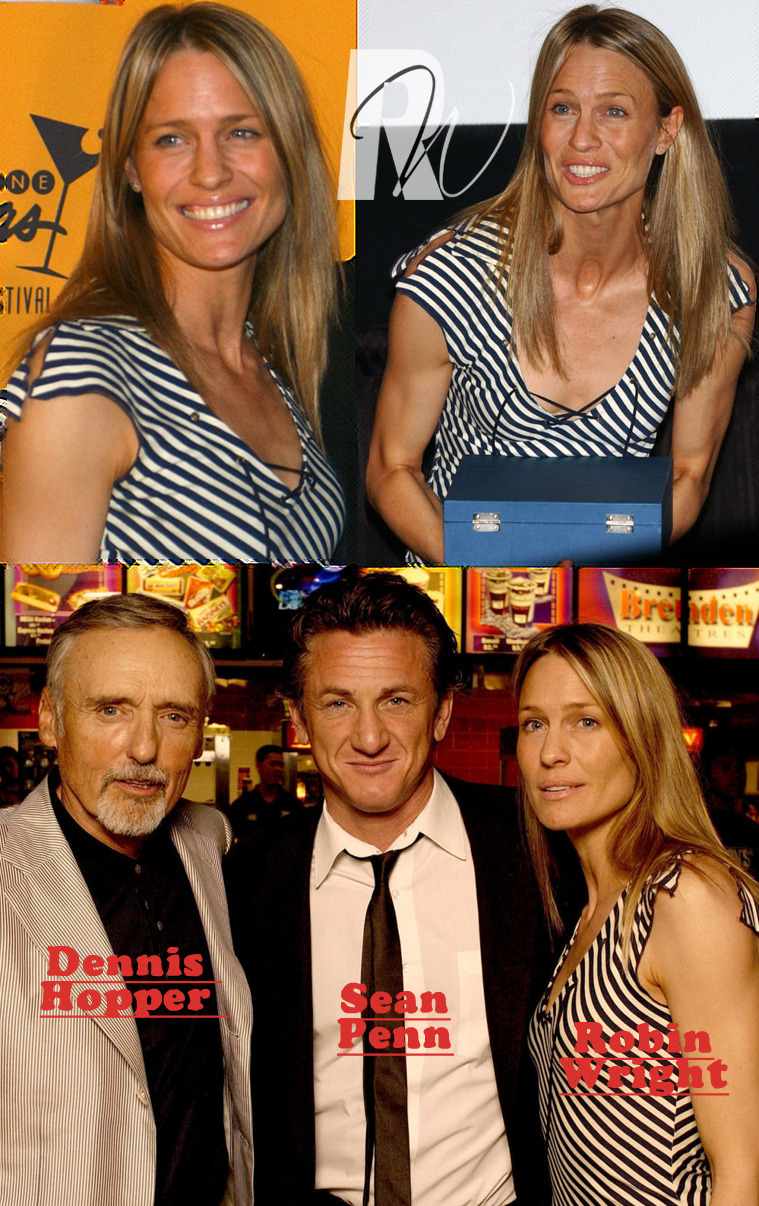 June 28, 2004: A new role for Robin Wright! She will play Diana in “Nine Lives” directed by Rodrigo García.
The filming begins today and ends on July 15.

“Nine Lives” is a moving exploration of the individual experiences of nine women as told through nine single unbroken takes.

In one chapter, Diana (Robin Wright) confronts the sudden flash of a past relationship (Jason Isaacs) long after she has moved on to a new life. 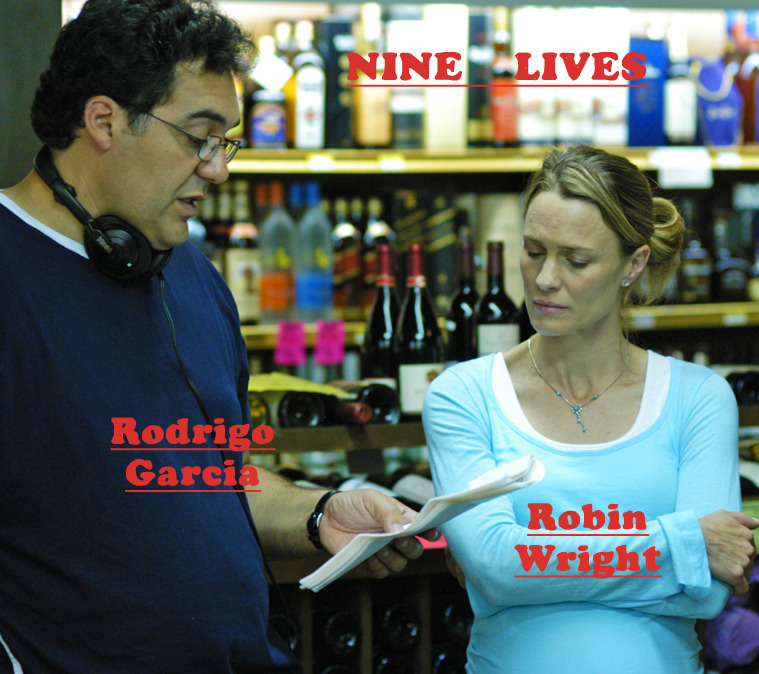 July 2004: Robin Wright is on the cover of Modern Luxury Angeleno Magazine. 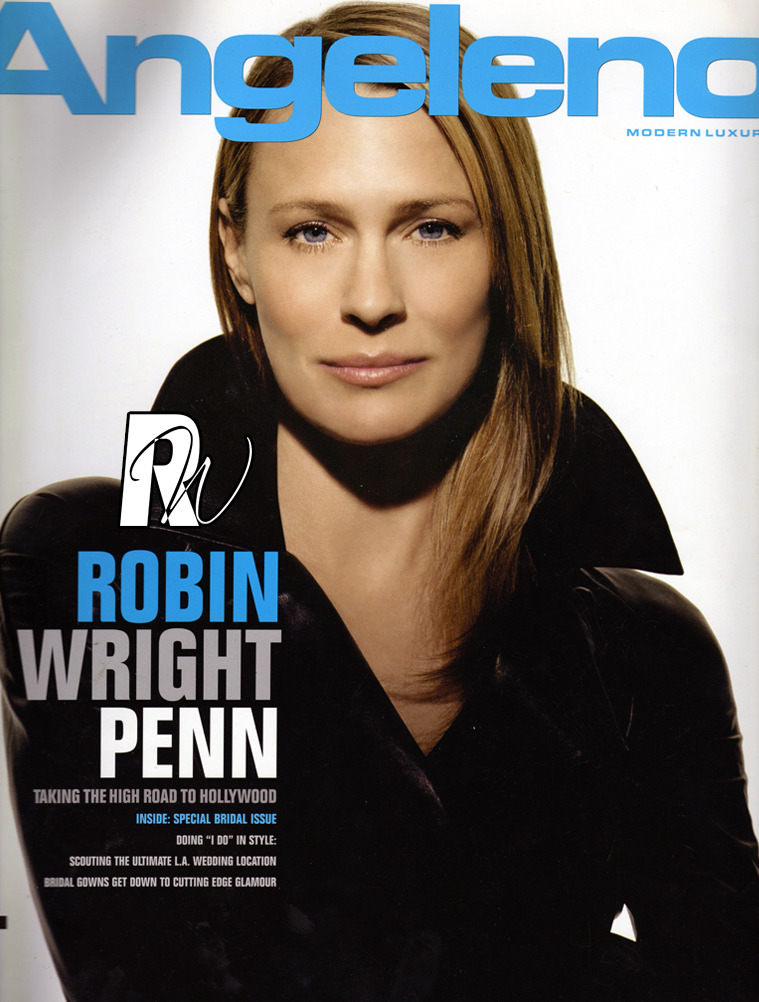 -In this interview, Robin Wright talks about her beginnings on soap opera ‘Santa Barbara’. “On Santa Barbara I gained certain skills, of memorization and making your mark. There was security as well; you worked with the same people every day. In a sense, I got what I wanted, which was going to college in the craft, but I also picked up bad habits and had to break them later.” Her four years on ‘Santa Barbara’ would earn her three Daytime Emmy nominations. 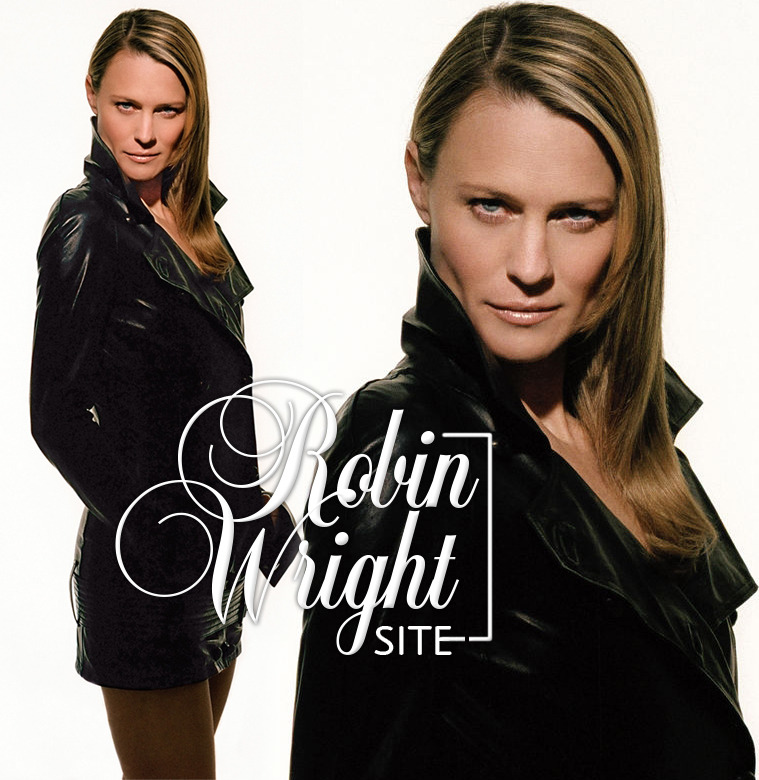 -Robin also talked about her being a mother and acting. “As a parent you’re suddenly in the position to be a model of truth and honesty. So, you don’t have the space anymore for mediocrity. Acting came down to once a year and the once a year needed to be of importance. As your children get older, you can cut the cord and you’re able to fly more, so it’s getting easier. But it’s a delicate balance between my guilt and them working my guilt.”

-Newcomer Dallas Roberts, her costar in ‘A Home at the End of The World’ (2004) talked about her: “Robin is extremely generous with her knowledge. It was my first time out in a film of this caliber, and she was so incredible. She and the rest of the cast treated me as an equal and taught me so much”.

-On Virgin, an intense portrait of teen pregnancy, Robin Wright will also serve as executive producer, a position that will allow her to explore another side of the business, territory she says she is more than ready to conquer. “I think it’s the time for this. With producing I’m trying to create opportunities for scripts that I care about. It’s actually much less frightening than acting”.

July 7, 2004: Robin Wright  attended the premiere of “Metallica: Some Kind of Monster” in New York City. 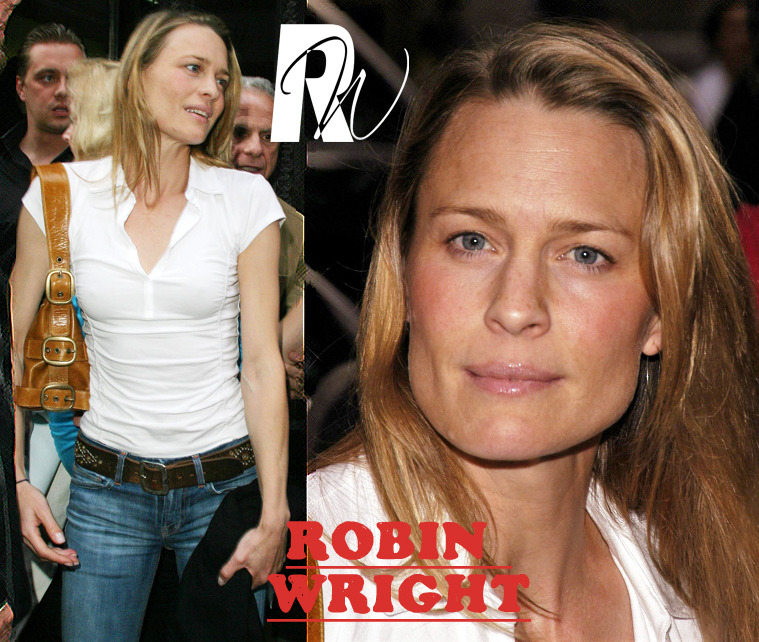 July 19, 2004: Robin Wright has a new project as an actress and producer. It’s ‘Hounddog’ directed by Deborah Kampmeier. The movie is about a nine-year-old girl in the rural South who combats a cycle of abuse through singing.

Deborah Kampmeier and Robin Wright on the set of ‘Virgin’

Hounddog, Kampmeier’s passion project, was set up four times, and each time financing fell through. Frustrated, in 2002 she decided instead to shoot ‘Virgin’ (with Elisabeth Moss and Robin Wright), an ultra-low-budget film.

Kampmeier hopes to shoot in October 2004. In place are her crew, locations and the majority of her cast, including Robin Wright, Lynn Redgrave, David Morse and Delroy Lindo. They are still searching for the little girl to play the lead in the film.

July 23, 2004: USA Release Date of “A Home at the end of the world”. The movie is directed by Michael Mayer and stars Colin Farrell, Robin Wright, Dallas Roberts and Sissy Spacek. 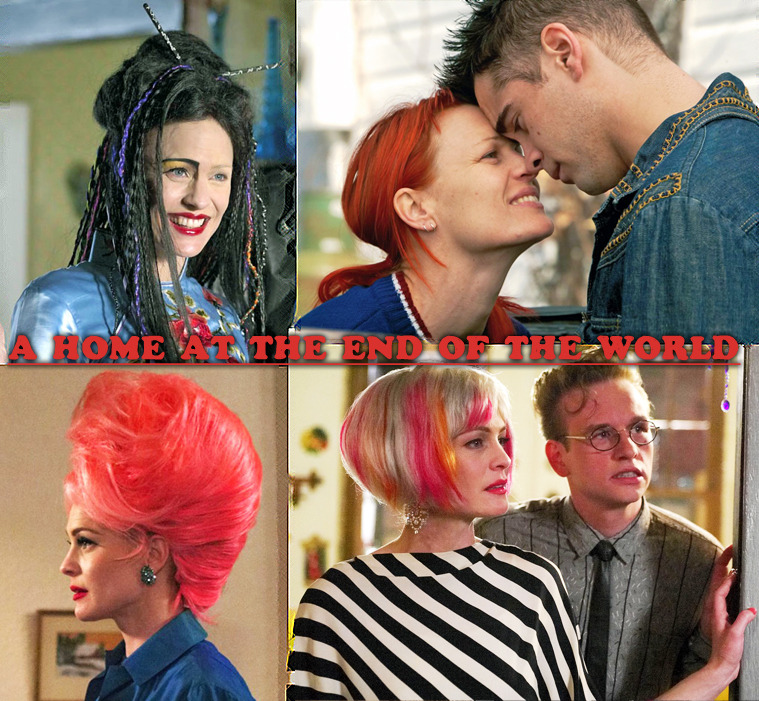 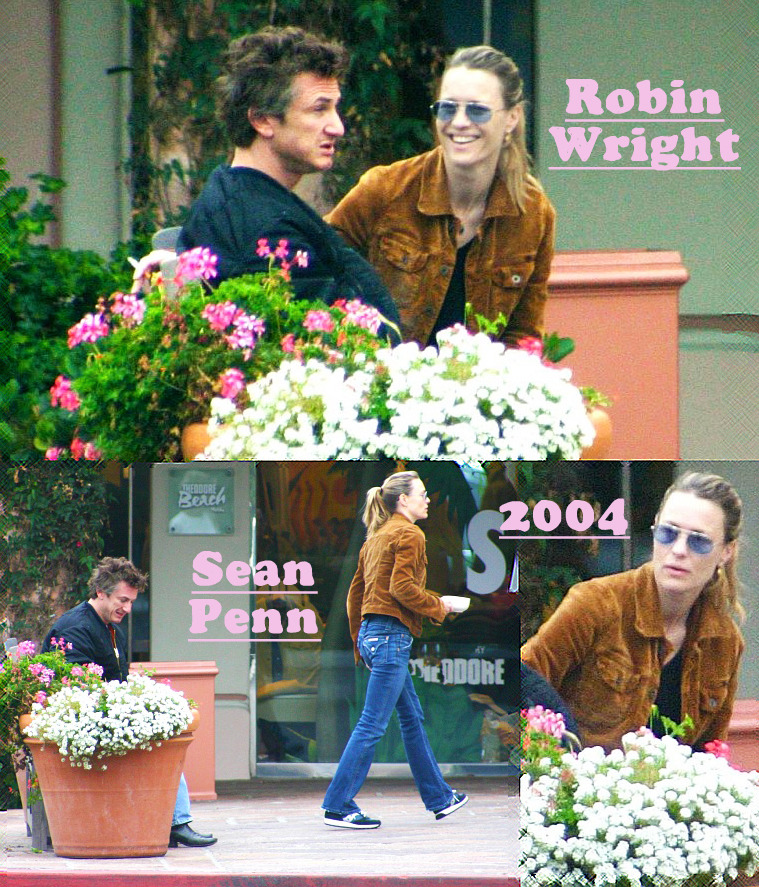 August 2004: Javier Bardem told to the Spanish magazine Cinemania that he and Robin spent some weeks rehearsing in Sierra Leona for the movie “The Last Face”. The filming was supposed to begin in June, but at the last minute one important producer quit and “The Last Face” has been postponed one year. 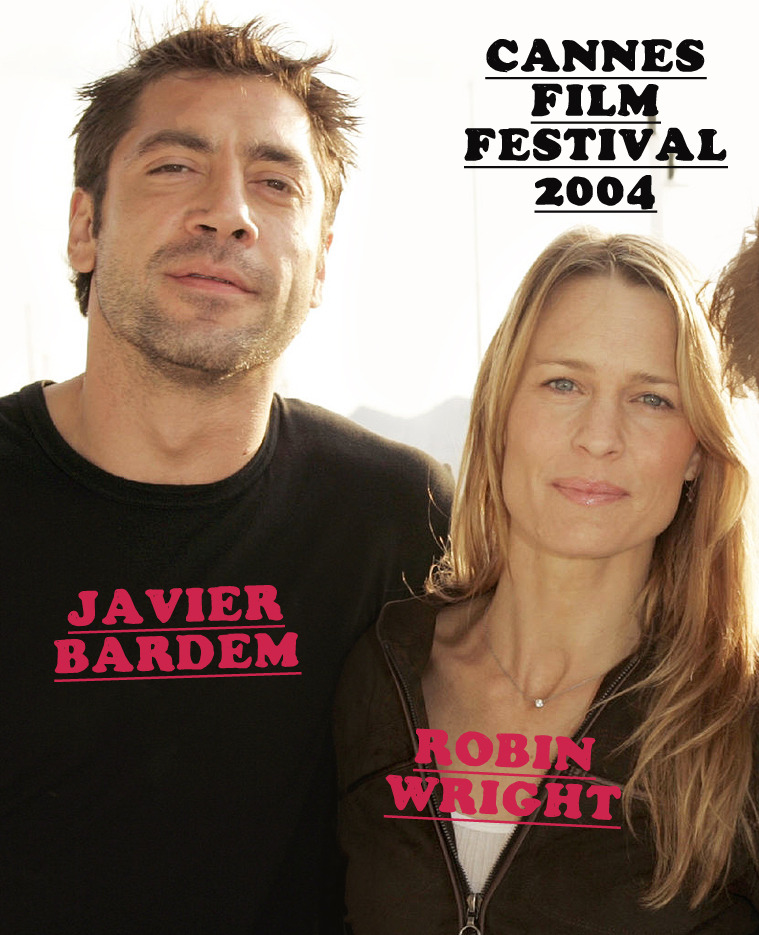 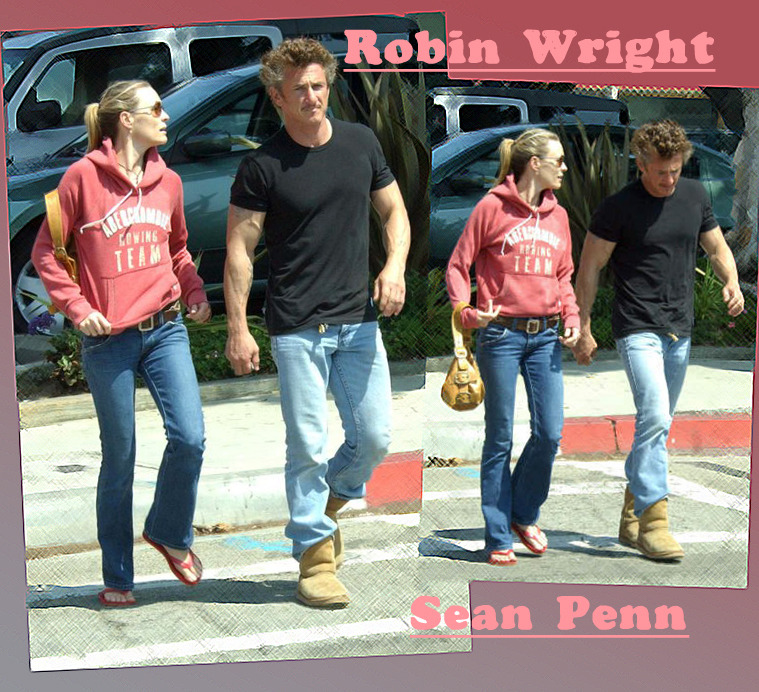 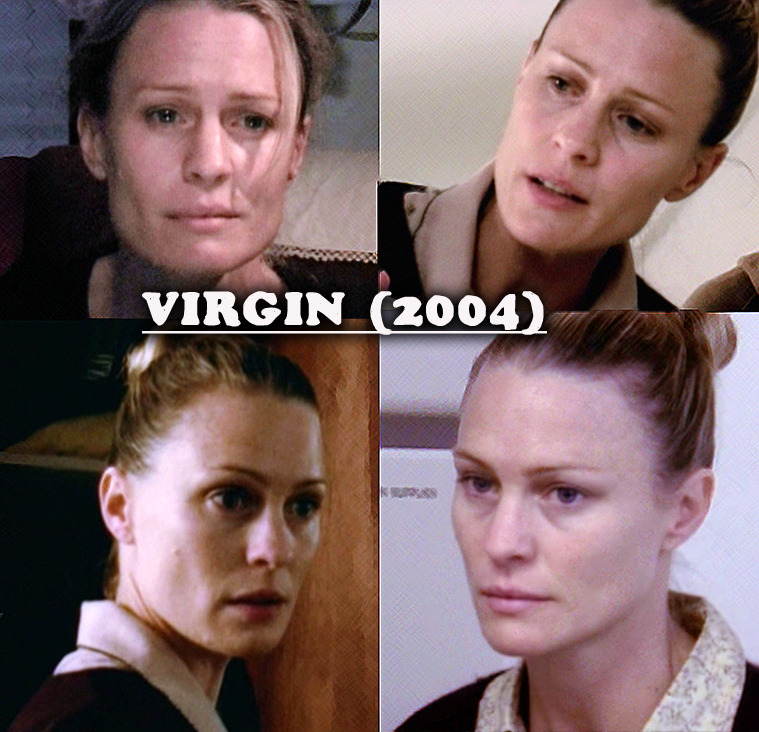 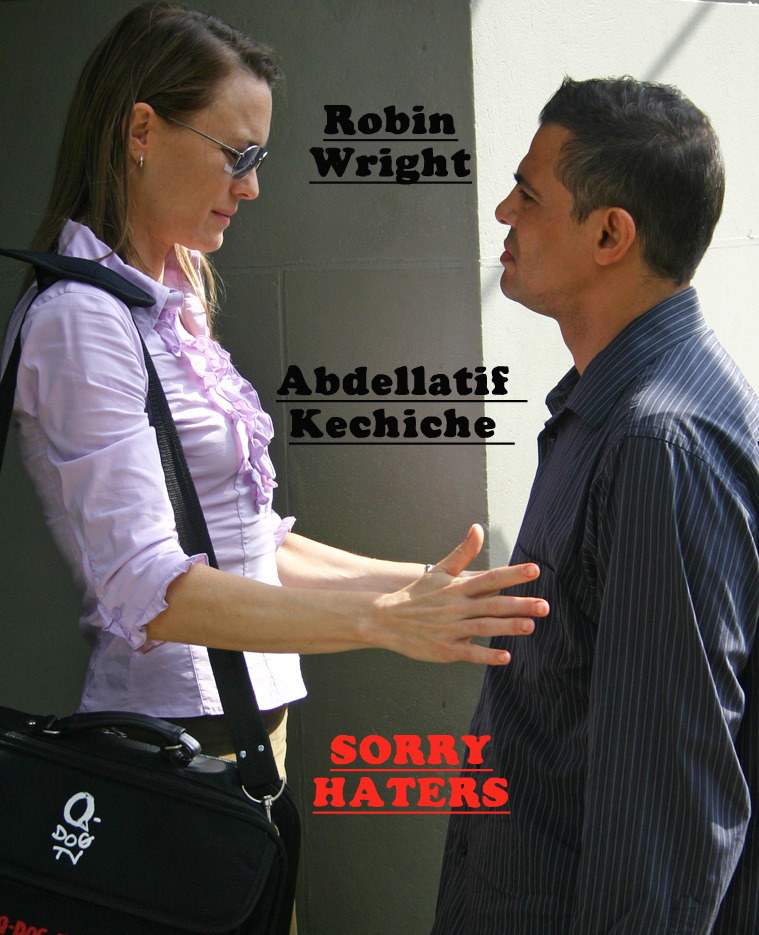 The movie is about an Arab cab driver who picks up a troubled professional woman with unexpected results. Sandra Oh co-stars in the pic, which is set against the anxieties and fears of post-9/11 America.

October 1, 2004: The AFI Associates of the American Film Institute presented its Platinum Circle Award to the multi-talented Penn family at a luncheon at the Regent Beverly Wilshire Hotel. 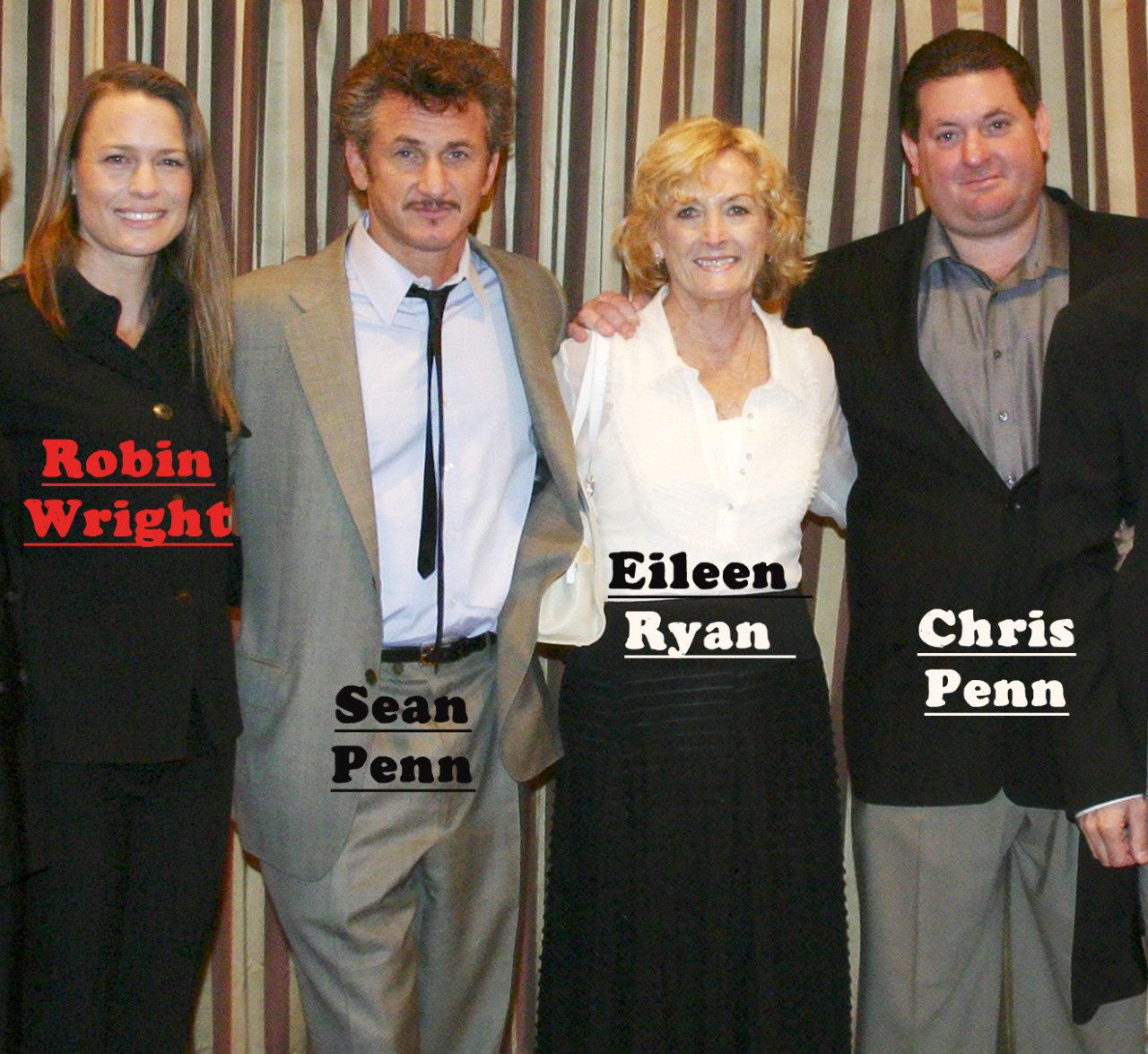